Verkerk can look back on an impressive career. In 2009 she with a world title in her city Rotterdam. Four years later, she claimed a silver medal at the World Championships and Verkerk took bronze at the Worlds in 2015 and 2018. She mainly coached by Chris de Korte during her highlights as well as by women's coach Marjolein van Unen. After centralisation other coaches took over such as head coach Maarten Arens.

Despite her impressive record, Verkerk will soon say goodbye with mixed feelings: “Becoming World Champion is something very special. At the age of 23 she was among the youngest Dutch World Champions of the Netherlands. There are only five other Dutch women who have succeeded to win the title, but missing that Olympic medal will still be painful. Despite that, I look back on my career with pride.” Verkerk took part in the Olympic Games twice. In 2012 she finished in fifth place just off the podium and in 2016 she lost in the first round after a marathon match of more than eleven minutes. In her category U78kg, Guusje Steenhuis will represent the Dutch in Tokyo.

Verkerk: “After I knew that I was not selected for Tokyo, I started thinking about the final part of my career. That is easier said than done, but in the end everything is a process and that is how I see this conclusion. I look forward to the World Championships and the end of my career. I consciously want to experience everything again with all the emotions that go with it. It is a very good opportunity to finish at a World Championships and I take that opportunity with both hands. I will also stay fit for the reserve spot for the Olympic Games.”

The last competition day for Verkerk will be Friday June 11th. In any case, Verkerk is not afraid for a life after judo. “I have always combined my career with my creative side, which is also a real passion. I have now been working as an interior architect for seven years. There are very nice challenges waiting for me. I don't know exactly how I will stay involved in the sport, I will investigate that afterwards.” Verkerk travels with ambitions to Budapest. “Last week I noticed again during a training internship in Spain how eager I still am. I'm going to Budapest to get the best out of myself. Just like I have done all my career.” 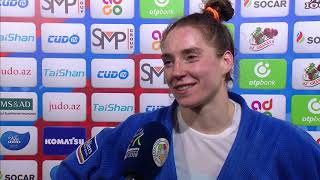 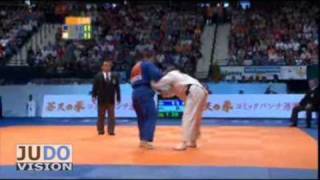 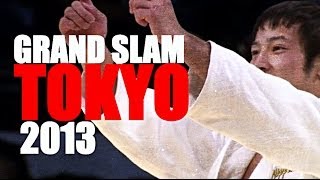