At the draw for the IJF Grand Slam in Tel Aviv the category U78kg shows a remarkable set of protected athletes. Four athletes from France, Germany, Netherlands and Russia.

For Russia, Antonina Shmeleva (RUS) 18, is one place behind Aleksandra Babintseva (RUS) 17. For The Netherlands, Marhinde Verkerk (NED) 16, is five places behind Guusje Steenhuis (NED) 11. With regard to Germany, Luise Malzahn (GER) 10, is three places behind Anna Maria Wagner (GER) 7. And when it comes to the French, Audrey Tcheumeo (FRA) 9, is six places behind Fanny Estelle Posvite (FRA) 3, who herself is two places behind Madeleine Malonga (FRA) the world number 1 who won’t compete in Tel Aviv.

Posvite seems the favourite in Tel Aviv for the gold medal, and she is placed with Shmeleva in Pool A. Malzahn and Steenhuis are opposed where Steenhuis might survive that pool B. Malzahn’s German opponent Wagner is in the same pool with Babintseva and Verkerk will have her hands full with Tcheumeo as possible opponent. That though are only the seeded players. Karla Prodan (CRO) is on form and is a nasty opponent for Shmeleva. Pacut (POL) is not bad but normally Verkerk is estimated stronger. The draw could well lead to a French final between Posvite and Tcheumeo.

Yet both Posvite and 2011 world champion Tcheumeo are well placed to medal in Tel Aviv. Tcheumeo has the background having won six Grand Slam titles to date. But Posvite had a great 2019 with 5 podium finishes from six starts. One of these two is best placed to win the category. For the record, Posvite leads the head-to-head 2-1. 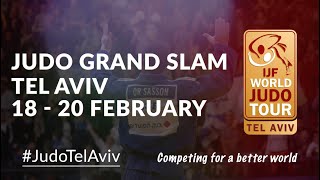 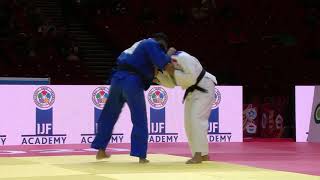 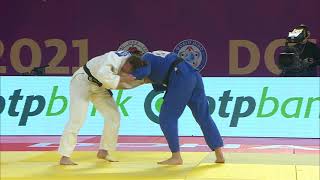