In the first semi-final world number 173 Vincenzo D Arco (ITA) fell to a buzzer-beating uchi-mata from Simionescu which earned a waza-ari score to send the Romanian into the final. In the second semi-final Khammo threw Glasgow European Open winner Jur Spijkers (NED) with an o-soto-gari for ippon.

The first bronze medal was won by four-time Grand Slam medallist Maciej Sarnacki (POL) who thwarted Spijkers with a majestic sasae-tsurikomi-ashi for ippon. Sarnacki, who took silver last year, scored after 56 seconds to block the hosts’ first medal opportunity in the +100kg category.

The second bronze medal went to 2017 winner Roy Meyer (NED) who bombarded D Arco with attacks which led to the Italian picking up three penalties. It was one-way traffic from Meyer, who finished seventh at the Rio 2016 Olympics, as the Italian was off the pace and was penalised for passivity for the final time before clutching his injured right hand. 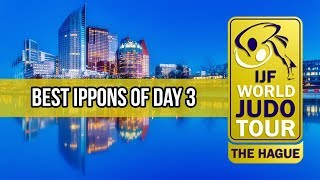 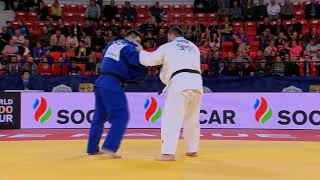