Austrian Magdalena Krssakova made good on her top seed status as Austria’s number two in the U63kg weight category won her second Grand Prix title. In Antalya Krssakova she bested Valentina Kostenko in the final.

World number five Kathrin Unterwurzacher (AUT) is Austria’s best-ranked judoka in the U63kg category and in her absence, Krssakova seized her opportunity to move up the rankings and close the gap to her teammate on the World Ranking List. World number 55 Valentina Kostenko (RUS) fell behind to a waza-ari from a uchi-mata-sukashi and world number 15 Krssakova countered her opponent for ippon with six seconds left on the clock. Both Austrian judoka will now be expected to receive the nod for the European Championships in April.

The first bronze medal contest was won by Katipoglu who defeated Pan American Championships silver medallist Yanka Pascoalino (BRA) for a momentous start to the final block for the hosts. Katipoglu won bronze at home in style with two waza-ari scores with the pick of the two being her opener from a sode-tsurikomi-goshi. The Turkish judoka jumped into the arms of her father after leaving the tatami and cried with tears of joy after a rollercoaster of a ride in recent years with injuries.

The second bronze medal was won by world number 146 Alexia Castilhos (BRA) who countered an uchi-mata from Hermansson to roll her opponent for a waza-ari. Castilhos won her first IJF World Judo Tour medal when her Swedish opponent repeated the same mistake and the Brazilian took full advantage for her second waza-ari score. 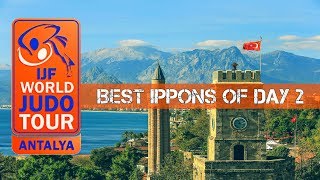 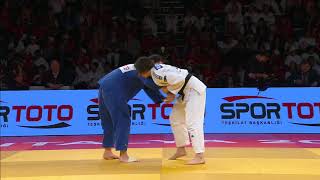 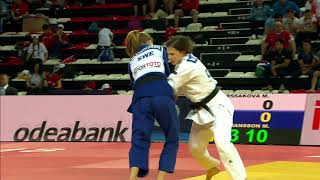