Tokai University’s Wolf, 21, stole the show in his first World Championships as Liparteliani, 28, was beaten only at the final hurdle on his inaugural outing in his new category having moved up from U90kg in February. As ‘Lipo, Lipo’ chants rang out from all corners of the teeming arena, Wolf, who had watched teammate and defending world champion HAGA Ryunosuke fall in the second round, caught the three-time U90kg world medallist from Georgia with an o-uchi-gari in golden score for gold.

In the first semi-final world number one Michael Korrel (NED) fell to Wolf in golden score by a waza-ari after 27 seconds while in the second semi-final Liparteliani defeated European champion Elkhan Mammadov (AZE) who received three shidos to be disqualified.

In the second bronze medal contest Korrel was humbled by Hohhot Grand Prix silver medallist Kirill Denisov (RUS). Denisov countered weak ashi-waza from the Dutchman and pinned him down for the final place on the U100kg podium. It was a tame effort from Dutchman as Denisov won Russia’s fifth Worlds medal and first at this weight. 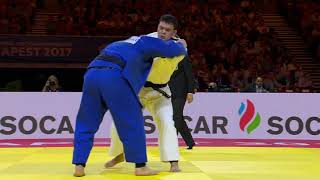 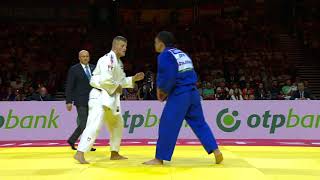 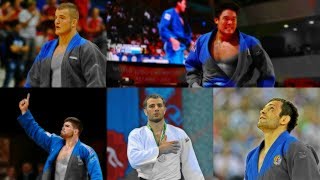