German judoka Johanna Mueller is out of competition for a year. The 27-year old bronze medallist of the Grand Slam in Abu Dhabi tore her outer meniscus and will need an operation, which is at the same time a good occassion to fix her cruciate ligament.

At the German Championships last weekend she felt a snap and although she won her match, she had enough experience to quit the event and prevent any more damage and wait for the MRT scan on Monday.

Mueller on Monday: "So the outer meniscus is torn in a quite stupid place, so the one must definitely sew, which lasts 6 months until the it will be healed. In addition, my cruciate ligament has been loose (wavy) for a long time, so it would be better to remove the old cruciate ligament, to close the drill channels, with bone from the hip. And after three months to use a new cruciate ligament. So I will have a forced break of about 12 months."
Last December Mueller won the Golden League with her team SV Speyer and in October bronze in Abu Dhabi. In April she won the European Cup in Dubrovnik after she won silver at the German Championships for the fourth time.

2012 German Champion Mueller did have a ticket for the a start at the Grand Prix but realises the pressure of the youngsters and new developments in Germany. A lot is going on is this moment with change of the head coach in both men and women. Some positions in some categories are under fire and new coach Claudiu Pusa who replaced Michael Bazynski may want to push a revolution and start with youngsters. U57kg, normally the category dominated by Miryam Roper, is a category where the youngsters are booming. Roper (34) didn't compete last Sunday, Mueller (26) is out for a year, and Viola Waechter (29) is also on a side track, which practically leaves the door open for new German Champion Theresa Stoll as number one candidate.

For Mueller no worry yet in this period of recovery. She can see the developments from a distance, but this story will soon be unveiled. Not just U57kg but also other in categories the 'establishment' is under fire. Mueller is in hospital today, no stress. 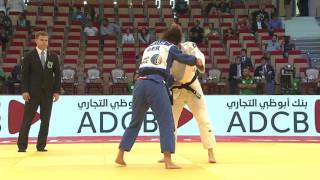 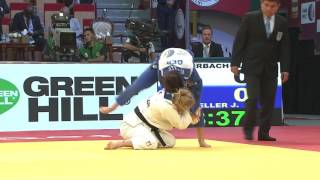 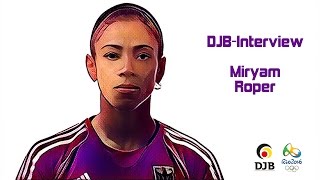