French Helene Receveaux convincingly defeated Madrid European Open bronze medallist Theresa Stoll of Germany to win U57kg gold and made a flying start to the new Olympic cycle and her quest for a place at the Tokyo 2020 Olympics.

Receveaux, World Judo Masters silver medallist, who was left at home by France in favour of Automne Pavia for the Olympics, moved on from that disappointment in the best possible way by seeing off Grand Slam newcomer Stoll, 20, after 51 seconds with shime-waza for gold in the U.A.E on World Judo Day.

In the first semi-final Receveaux dominated the grips and contest against teammate Lola Benarroche (FRA) despite winning purely by two shidos. In the second semi-final STOLL threw colleague Johanna Mueller (GER) for a waza-ari with a fast ashi-waza attack before following up in osaekomi for 15 seconds a place in the gold medal contest.

The first bronze medal was won by Mueller, her first at this level, as she defeated Luxembourg’s first Grand Prix medallist Manon Durbach in 34 seconds. Germany’s Mueller, who travelled to Rio 2016 as a spectator with teammate Barbara Bandel, submitted Durbach in quick fashion and was all smiles as she returned to her feet to be officially awarded the contest. 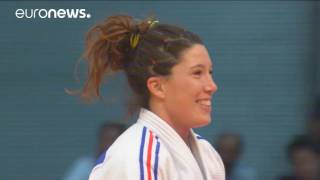 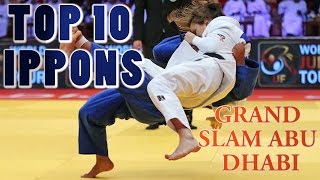 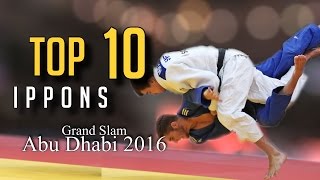