The heavyweight final of the Grand Slam in Abu Dhabi had Lukas Krpalek to face Dutchman Jur Spijkers, who has already established himself at the top of the Dutch heavyweights. Spijkers is European champion and he also won in Zagreb. In Abu Dhabi he reached his first grand slam final but in a short time he has earned his status as number one heavyweight in his country.

Lukas Krpalek is a two-time Olympic champion and a two-time world champion and he has earned those titles in two different categories, which makes him a living legend of judo and the only one active.

Jur Spijkers eliminated the German Johannes Frey, whose physique is very similar to that of Krpalek and surely that fight served as training for the final. The final began with an intense duel of kumi-kata and no winner but Krpalek conceded a first shido. Spijkers does not fly, not that we know of, but on the tatami he is an animal with very good manners and tends to annoy the lighter judoka, when it should be the other way around. Krpalek does not use his mobility to tire the heavier ones but rather seeks the contact, which did not displease the Dutchman. In fact, Spijkers was delighted that Krpalek added a second shido to his private account. The only thing the Dutchman had to do was prevent the Czech from being able to work on the ground because he is an octopus, the best, we have already said it and that is exactly what happened. At his first opportunity, the living judo legend gave a fabulous ne-waza lesson and won his first title since the Tokyo Games.

Johannes Frey who lost to Spijkers in the semi-finals, started as the favourite against the Slovenian Enej Marinic but don't let appearances fool anyone because, although heavier, Marinic is fast and has explosive gestures. In fact, he surprised the German with waza-ari. Frey had to use his mobility to tire the Slovenian but that is easier said than done. The only thing certain is that both tried to score the final ippon, not seeking to play with time or penalties. Frey had his chance on the ground but Marinic managed to escape. The Slovenian attacked but Frey neutralised the offence and managed to knock Marinic down and score waza-ari and since it was a fast-paced fight, a few seconds later Marinic scored a second waza-ari, ippon and bronze.

Slovak Marius Fizel is not one of the favourites. That was Rakhimov's rival for the second bronze medal. Nothing to highlight until golden score, as if both were thinking about the return flight and not about the last medal of the tournament. With two shido, the Slovakian made the mistake of leaving the tatami and the sanction was immediate. Bronze for Rakhimov, a deserved medal that put the finishing touch to an almost impeccable tournament, with many surprises, an offensive judo and the desire that we have left for the next one to start, the Baku Grand Slam. 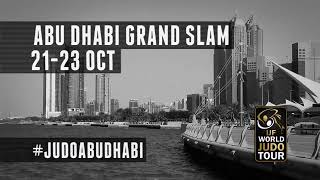 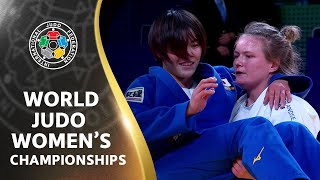 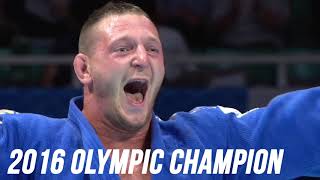