Probably not the most famous Japanese athlete, Megumi Horikawa, also known as Megumi Tgugane found herself in the final of the category after having eliminated all her opponents during the first phase of competition in Tel Aviv. She’s the winner of a previous grand slam, but it was in 2012 in Tokyo, ten years ago already. She has proven today that she is still competitive. In the final she faced Gemma Howell (GBR), who for the first time in her career gave herself the opportunity to win a grand slam gold.

The least we can say is that both Horikawa and Howell put all their heart into the match to win the gold. A lot of power was involved but still they could not score and had to face the shido rule: two for Horikawa, three for Howell. So the gold went to Japan.

In the first match for a bronze medal, we found the young Szofi Ozbas (HUN), Youth Olympic Champion a few years ago and junior world champion in 2019; she continues to progress in the seniors. In front of her was Nadia Simeoli (ITA), for the first time present in a final block of an event on the world circuit. In less than thirty seconds, Ozbas took a strong lead with a cleverly executed o-uchi-gari. Then Simeoli started to increase the pace and attacked non-stop. The main issue was that all attacks were coming from too far away and were too visible. Anyway, that strategy paid off as Ozbas was penalised with a first shido but that was not enough. A few seconds before the end of the match, the Hungarian competitor scored a second waza-ari, which was eventually downgraded to no score, based on the 90° rule. Despite all those twists and turns, Ozbas could finally enjoy her second bronze medal from a grand slam. She is becoming more and more solid and we'll have to count on her in the future.

After a career full of promise, Manon Deketer (FRA), eliminated in the semi-finals, was opposed by a bronze medallist of the Tokyo Games, Catherine Beauchemin-Pinard (CAN). Not afraid to face the Olympic medallist, the French woman took her chance and delivered a serious match until the last minute when she executed an armlock beautifully, giving no chance to Beauchemin-Pinard, who had to tap. After her bronze medal in Paris two weeks ago, this is a very good result for the 23 year old Deketer. 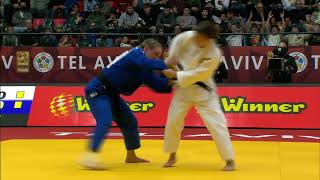 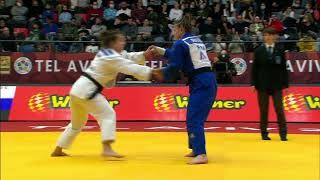 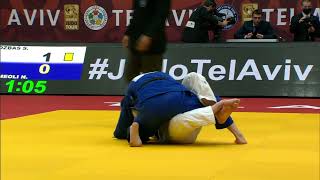