Looking at the World Ranking, this year wasn’t so different than 2018. Especially in the women’s division some of the same leaders top the IJF World Ranking. Not surprisingly World Champions Daria Bilodid and Clarisse Agbegnenou who retained title in Tokyo reign in their categories.

For the 2020 Olympic Games it’s hard to predict the outcome though. The best betting sites will estimate the best quotes of the favourites for the Olympic Games, but the Games require another level, perhaps another state of mind. Whoever is the most stable at that specific day will have the best chances to capture Olympic gold. For both Bilodid as Agbegnenou it can become their first. They are the major favourites and the pressure is high. Agbegnenou is leading for the third consecutive year.

The French athletes are doing well in the latest IJF World Ranking with not only Agbegnenou but also World Champions Marie Eve Gahie and Madeleine Malonga who now top the Rankings. Just like last year Amandine Buchard is still the highest ranked woman 52kg, clearly the French dominate the World Ranking and it will keep the Japanese women ambitious. Gahie (U70kg) is the first French woman since Lucie Decosse in 2013 who leads the ranking at the end of the year. Kim Polling dominated the ranks for 4 years and Chizuru Arai was defeated at the Masters in China but was leader in 2017 and 2018 as world champion. With Teddy Riner still gaining momentum since his comeback, the French are by far the strongest European nation.

Another judo icon who again dominates the ranking is Idalys Ortiz of Cuba. The colourful heavyweight inspires many athletes in Cuba which is a traditional judo country. Ortiz leads the World Ranking for the sixth year since 2012.  Only Chinese heavyweight Yu Song (2015) and Korean Kim Min-Jeong (2017) interrupted Ortiz’ dominance.

The surprise is Christa Deguchi. The Canadian is the first for her country to win the world title ad now leads the World Ranking at the end of this year. Judo in Canada gained popularity and the battle between Deguchi and her rival Jessica Klimkait isn’t over yet, but Klimkait is at a severe distance. Six year after Kelita Zupancic was the first Canadian to top the World Ranking, now Deguchi breaks all barriers. In 2020 the battle for the Olympic qualification goes on. 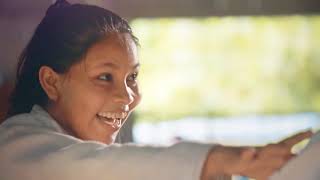