Junior World Champion Inal Tasoev of Russia went unbeaten on his first IJF World Judo Tour outing as he won all five of his contests by ippon for a stirring win in Antalya.

Tasoev, 20, is arguably the most promising Russian heavyweight in years and on this performance could make his presence felt at the European Championships later this month. In the last contest of the Antalya Grand Prix 2018, Tasoev, 20, defeated Tbilisi Grand Prix silver medallist Javad Mahjoub (IRI) in golden score after two minutes of added time with an o-goshi. Mahjoub missed the birth of his first child earlier in the week in order to compete this weekend.

In the first semi-final world number 100 Jonas Inocencio (BRA) lost out to Mahjoub by ippon from a seoi-nage. In the second semi-final Tasoev defeated Düsseldorf Grand Slam bronze medallist Bekbolot Toktogonov (KGZ) with a modified kata-guruma for ippon.

The first bronze medal was won by world number 26 Andy Granda (CUB) who beat Toktogonov by ippon from a thumping ouchi-gari. Cancun Grand Prix bronze medallist Granda, 26, had too much experience for Toktogonov, 26, who first featured on the IJF World Judo Tour in February.

The second bronze medal went to Paris Grand Slam silver medallist Kim Sungmin (KOR) who launched Inocencio with an osoto-makikomi for ippon. Kim was a relieved winner as he won his country’s third medal in Antalya from a five-strong team.

Mahjoub missed the birth of his first child in mid-week as he was already in Antalya ready to compete for his country and to maintain his steady climb up the heavyweight rankings.

Javad’s baby girl Hilda Mahjoub may be some distance away in Iran but he was thinking of her all day long while he was competing.

While Mahjoub may look slightly under-sized for the category he moved up to in 2017, what he lacks in size he makes up for in heart and again left everything on the tatami with a lung-busting performance.

Mahjoub feels that there is still a lot more to come from him and underlined his immediate plans as the IJF World Judo Tour takes a moments breath before the Tokyo 2020 Olympic qualification phase starts in May.

“I feel like I am getting stronger in this division but I know I can win and I am prepared to work harder to do it," said the 26-year-old.

“I feel like I need to do more power training at home in Iran and I will do everything I can to become a better judoka.”

Ten-time Grand Prix medallist Mahjoub, who expects to return to action at the Hohhot Grand Prix in May, shared his post-event plans which revolve around his family rather than the tatami.

“I cannot wait to arrive home now and be reunited with my family and our new family member who looks adorable. I will then return to competition with renewed passion and will give my all on the judo mat for the ones I love. This is my passion and my family are my motivation. I hope I can give my best performance in Hohhot and can start my road to Tokyo 2020 with a Grand Prix win at last.” 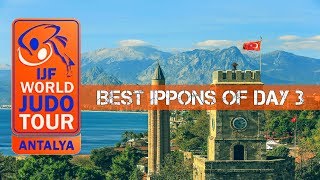 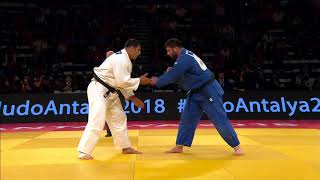 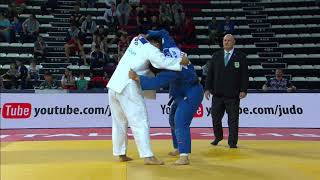