Not a big surprise, but the Japanese women won the medal table at the European Open in Sofia with a total of ten. On the second day, Mao Izumi (U78kg) won gold, adding a fifth gold medal to the Japanese collection.

In the U70kg category, German Szaundra Diedrich continued her streak of golds. Olympic Champion Emilie Andeol was the expected winner +78kg. Andeol faced Wakaba Tomita of Japan in the final. Tomita received her third shido 21 seconds from the end of the bout, securing the gold for Andeol. Manami Inoue and Ivana Maranic took the bronze in this weight class.

At U78kg it was Mao Izumi who led by wazari within a minute against European U23 Champion Anastasiya Turchyn. The Ukrainian couldn't find the equaliser in remaining portion of the match and the gold went Japan's Izumi. Izumi fought four matches, two against Russian opponents. Yarden Mayersohn (ISR) and Antonina Shmeleva, who lost to Izumi, grabbed the bronze.

Szaundra Diedrich had an easy final: she just had to bow as Lisa Dollinger conceded the fight to her fellow countrywoman. The German champion fought three matches during the day. Miyu Nakae (JPN) in the semi-final and Natascha Ausma (NED) in the quarter final; both competitors continued on to win the bronze.

Behind the Japanese ten medal total was Germany with four. 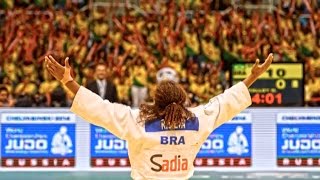 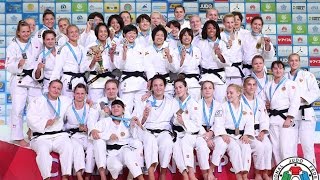 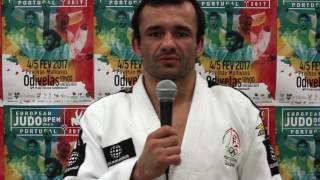