Judo and politics seemed to go hand in hand, ask Russian Federation President Vladimir Putin. Although he is more politician than judoka, vice versa judoka are leading characters. Quite a few judoka turned into politicians. Ryoko Tani, Zurab Zviadauri, Jean-Marie Dedecker and in the past even US president Theodor Roosevelt. Judoka are also asked as advisor such as Thierry Rey, sports advisor of Francois Hollande in France. In France judoka are into the government a lot. Who knows, Kayla Harrison or Majlinda Kelmendi have a role into politics and make some true changes in the world.

In Belgium Gella Vandecaveye is a well-known friend among the royals. The only Belgian woman with two Olympic medals is invited for a Royal mission to Japan. As former judoka and now into public relations, Vandecaveye will leave at 8 October to Japan with the Royal couple King Filip and Queen Mathilde, ministers and Belgian top industrials and will have a speech at a congress about Olympic legacy.

“I’m very proud to accompany our royals. My relation to them is great, given my countless contacts with the Majesties during my judo career” according to Vandecaveye.

Japan is the home of judo, in 2020 the Olympic Games will be held here, 100 years after Antwerp in 1920. This anniversary will be memorized with various activities where the Belgian judoka will have a role in cooperation with the city of Antwerp.

“I will speak about “Olympic Legacy” in the Meiji Jingu organised by the university of Gent witnessed by professors and all kind of intellectuals and distinguished Japanese guests.”

Outside the business activities, she will also have a private audience with the royals and participate at the royal dinner. 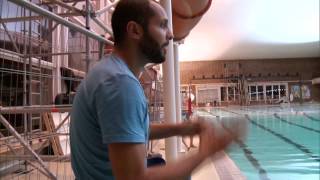