When the Olympic champion Fabio Basile is present at a world circuit event anything can happen, the worst as much as the best. At day two of the Grand Slam in Antalya Basile had a great day. The Italian Olympic Championn U66kg reached the final to find Turkish judoka Bayram Kandemir as his opponent. Both defeated all the opponents on their path during the elimination phases.

As expected, Fabio Basile put on a show throughout the final, chaining attacks, sometimes lacking a little preparation, but always incisive and punchy. So it is certain, the grand slam of Antalya is not yet the Olympic Games, but we did not necessarily expect the Italian at such a peak on the morning of the competition in Turkey. All day long he demonstrated that he shouldn't be forgotten in Tokyo and that coupled with his motivation meant anything was possible. The only difference with Rio 2016 is that we know it. This is Basile's first grand slam gold medal.

In the first bronze medal contest, the 2020 European Champion Victor Sterpu (MDA) faced Adam Stodolski (POL), never ranked on the World Judo Tour before. Less than 30 seconds before the end, Victor Sterpu won his first grand slam medal with a massive utsuri-goshi, a technique that is not seen that often.

5th in Tel Aviv at the beginning of the season, Tommy Macias (SWE) had one more chance to step on to a podium, against Arthur Margelidon (CAN), finalist in Tbilisi a week ago. A big smile appeared on Margelidon's face after almost one minute of golden score when he scored ippon with a massive ko-soto-gari. 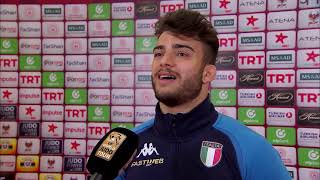 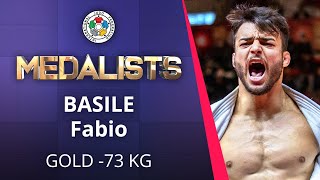 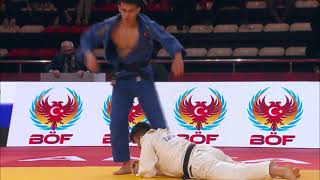