Olympic heavyweight champion Teddy Riner made light work of former world silver medallist David Moura (BRA) in the last contest at the first edition of the Brasilia Grand Slam. Riner moved to 4-0 against Brazil’s man-mountain as he rushed past the home hope in 20 seconds by ippon from an o-soto-makikomi.

Heavyweight king Riner, 30, who was competing for the second time this year, will jump up the rankings after bagging 1000 points having started the day ranked number 58 in the world. Riner wrapped up his sixth Grand Slam crown in dominant fashion.

The toughest assignment for the 10-time world champion proved to be his opener against world number 13 Kageura Kokoro (JPN). The double Olympic champion needed six minutes of golden score to put away the gutsy Japanese judoka who will relish another opportunity against the Frenchman and that could materialise this year with Riner now back in competition mode.

In the first semi-final world heavyweight champion Lukas Krpalek (CZE) received his marching orders against Riner with six seconds left on the clock.

In the second semi-final double Olympic bronze medallist Rafael Silva (BRA) was penalised three times against Moura to send the latter into the men’s heavyweight final.

The first bronze medal was won by world number 10 Inal Tasoev (RUS) who produced a stunning finish on the ground to submit Silva with shime-waza after 37 seconds of golden score.

The second bronze medal went to Krpalek who called on his vast ne-waza repertoire as he outmaneuvered former world bronze medallist Yakiv Khammo (UKR) on the ground to create the space to apply the shime-waza and make the Ukrainian tap out at the halfway point of the contest. 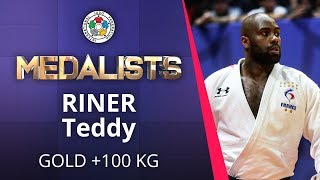 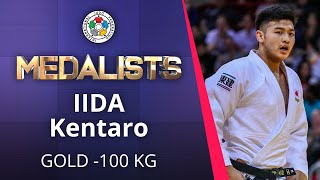 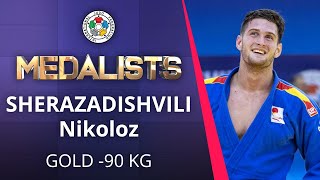