Yelyzaveta Kalanina of the Ukraine won her maiden Grand Slam title with the best display of her young career. World Judo Masters bronze medallist Larisa Ceric of Bosnia Herzegovina was thrown by the tallest judoka in the category as the raw talent of Kalanina was on display for the world to see.

Ceric was denied a second Grand Slam crown by the first-time Grand Slam finalist who has all the tools to become a major contender in the women’s heavyweight category.

In the first semi-final Olympic bronze medallist Anamari Velensek (SLO) fell to Kalanina by a single waza-ari score to move into the women’s heavyweight final. In the second semi-final Antalya Grand Prix winner Iryna Kindzerska (AZE) fell to Ceric by a waza-ari score.

The first bronze medal was awarded to Kindzerska after Tbilisi Grand Prix bronze medallist Maryna Slutskaya (BLR) was disqualified for three shidos to hand the hosts one more medal on the final day of competition.

The second bronze medal was won by Velensek who caught Ekaterinburg Grand Slam silver medallist Anne Fatoumata M Bairo (FRA) twice with ashi-waza and scored a waza-ari on each occasion to power onto the podium. 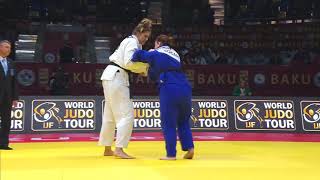 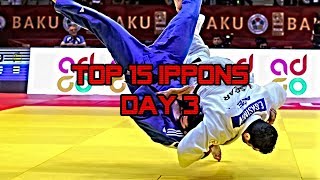 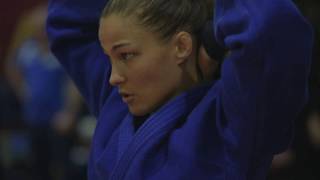