Top-ranked Marie Eve Gahie of France doubled her golden medal tally on the Grand Slam stage by defeating former world number one Maria Portela of Brazil in the U70kg final of the Grand Slam in Ekaterinburg.

Gahie, who previously won Grand Slam gold in Abu Dhabi in 2016, pounced on the ground to trap the powerful Brazilian who was unable to muster any form of escape as the seconds elapsed for France’s second gold in Russia.

The first bronze medal was claimed by Tanaka who countered Olympic bronze medallist Laura Vargas Koch (GER) for ippon from a tai-otoshi with 38 seconds left in the contest.

The second bronze medal was captured by world number nine Assmaa Niang (MAR) who flipped Polleres over with a sumi-gaeshi for ippon after only 39 seconds. Niang captured her country’s first Grand Slam honour at her 17th attempt to return to form after her second round defeat at home in Marrakech last weekend. 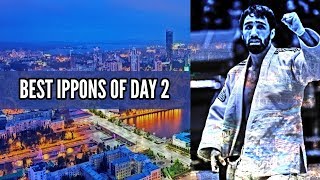 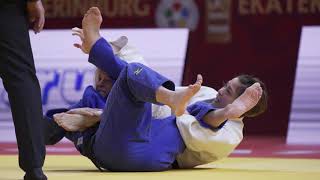