Belgian Olympic bronze medallist Dirk van Tichelt picked up a serious knee injury at his last day at the Olympic Training Camp in Mittersill in Austria. Van Tichelt will be out of the tatami for at least 6-9 months and will be operated in his country at 7 February.

Van Tichelt suffered a cruciate ligament tear on the last day of training in Mittersill and immediately knew the sharp pain was bad news for his Olympic qualification. If he is out of judo until September he won’t be able to attend the European Games in Minsk and World Championships in Tokyo which will throw him back in the race for Tokyo. Qualifying became even harder for men since the gender equality gives women more qualification chances. The 34-year old is one of the frontrunners of Belgian judo.

Dirk van Tichelt was European Champion in 2008 and added a bronze medal at the 2015 European Games in Baku. He was former World Ranking leader and nine time Belgian champion.

Van Tichelt became father after Rio and took a break after Rio but came back in Tokyo in 2016 with a fifth place at the Grand Slam and took three fifth places since Tokyo. Without medals his race for the 2020 Olympic Games will be a tremendous challenge, bigger than Mount Everest. 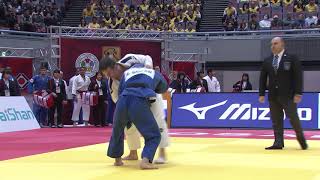 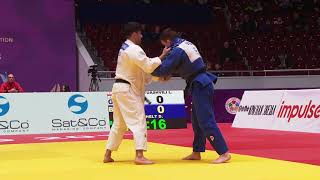