The commuters who jumped off or on the train in Antwerp Central Station on Tuesday, October 23, were pretty surprised when they entered the entrance hall of the most beautiful railway cathedral in the world, as a promotion for the upcoming Belgian Judo Championships for Seniors, which will take place on Saturday 3 November in Antwerp.

"I had never done this before," said judo veteran Dirk Van Tichelt. "I loved it. Fantastic location. Pleasant to promote your sport in such a historic setting. You cannot have better a place, I reckon."

“Let’s bring judo as much as possible into the spotlight”, says 2017 Junior World Champion Matthias Casse. "Judo in the dojo or outside. As long as people turn up to watch. There was a nice atmosphere here in the train station. Hopefully this will increase people’s interest in judo even more because we have to put our sport in the spotlight with every opportunity we get."

"This was the perfect location to promote our sport. Put Judo in the spotlight and bring it to the people. That's always nice. Let’s try something like this next time in the adjacent Zoo," Roxane Taeymans jokes.

"Training with these elite judokas together on the tatami was fun," says Vicky Verschaere. "They already have a lot of fans and it’s nice to do a demo together with them."

The press was also very much present to interview the judokas about their medal chances at the Belgian Championship.

This out-of-the-box promotion for judo and the imminent Belgian Championship in cooperation with Sporting A and Top Judo Antwerp, already provided beautiful pictures and great moving images. VJF will continue to take judo outside the dojo to local landmark locations to promote the sport in a fun way. 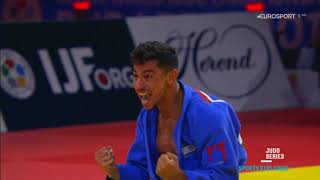 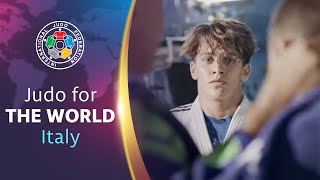