At the age of 75 years Japanese Olympic Champion of 1972 Shinobu Sekine passed away today in a hospital in Tokyo. At the Munich Olympic Games he defeated Seung-Lip of Korea in the final U80kg. He celebrated most of his international success in Germany as he won bronze at the 1971 World Championships in Ludwigshafen as a middleweight in the open class.

The cause of his death was not yet announced but he suffered cancer and his condition was far from optimal despite his 75 years of age. Sekine was the president of the Tokyo Metropolitan Judo Federation for five years. 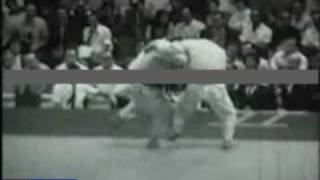