Willem Ruska was the first to win two Olympic titles even in two different categories. At the 1972 Olympic Games in Munich. Fifty years ago it was Ruska, the second great Dutchman who settled his name forever. Fifty years ago the wrote history and became of the three Olympic Championships for the Netherlands after Anton Geesink in 1964 and Mark Huizinga in 2000.

Ruska was born at 29 August 1940 in Amsterdam as youngest son and he had one brother Cor (six years older) and his sister Annie.

His father was a car mechanic but he left home before Wim was born. He was never in contact with his father. His second father Jan Meijer (was ex-corporal machinist at the marine) who fought in the war for the resistance.

Ruska lived in Amsterdam West in quite poor neighbourhood. After primary school at the technical school. Then he followed the sailors training followed 1.5 years with a bell. He became a sailor in the coastal shipping traveling through Europe. Then, to his regret, from his 16th six years in the Navy as a sailor seated 3rd class, radio remote sounder. At the ship he learned judo.

He was a talent and skipped a few belts (green,blue) to become brown and was very impressed by Anton Geesink.

He moved to a strong club of Jon Bluming who was in that time the biggest challenger of World Champion Anton Geesink.

Some evening they went to Utrecht and Geesink beat Ruska many times that evening.

But internationally he got stronger and defeated European Champion Marcel Desailly. He got beaten in Utrecht again by the Snijders brothers, two pure technicians, but didn’t know it was a twin J

In 1963 it was a big fight during qualification matches between two associations, the NAJA (Ruska) and NJJB (Geesink). Ruska qualified as one of a few of the NAJA for the Dutch team.

In 1964 Ruska became Dutch kampioen, but was not selected for the Olympic Games. It seems that Anton Geesink had an important say in that as he was of the club of Geesink’s enemy Jon Bluming.

Ruska went to Japan alone to train with the Kodokan, via the cheapest way through Russia.

Ruska had left the club of Bluming who had ‘infected’ Ruska’s name in Japan.

After the Games Ruska could join the Olympic team and won the Dutch title again in 1965.

He married to married to Joke, and had two children (his son Michael and three year older daughter Monique). Later he married Liza.

Ruska fought Anton Geesink one time at the European Championships in 1967 in Rome, in the semi final of the open category. Geesink was the sensei of Ruska, en demanded via headcoach Tony Wagenaar that Ruska lost on penalties by impassivity. But the headcoach didn’t agree. Geesink wanted to take his last and 21st European title. Ruska was already European Champion +93 the evening before, until 00.30h in the night.

Ruska was convinced that he would get some beneficial contracts after winning the Olympic title, so he wanted to win that title. But he was wrong about those expectations.

After the Games in Munich Ruska ended his career. He was bouncer at the Red Light District and then he started a cafe in Wormerveer.

Ruska's great hobby was sailing and for some income he became wrestler.

In 2001 he suffered a stroke and had to fight to be able to speak a few words and a short walk. He suffered aphasia and passed away in 2015. At 8 September 1972 he captured the Olympic title, his second. 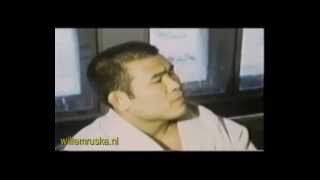 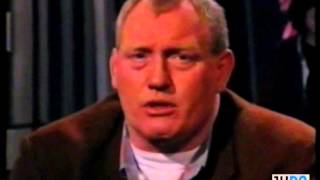 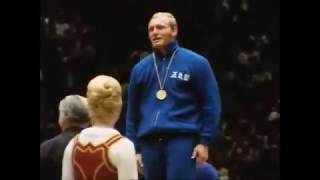