World champion Nikoloz Sherazadishvili (ESP) triumphed at the World Judo Masters in Guangzhou for the first time with a superstar performance in the U90kg category. Former world silver medallist Toth Krisztian (HUN) has long been a bogey man for Sherazadishvili and entered the event with a 4-1 head-to-head record over the Spaniard.

The world champion beat his Hungarian rival for the first time in World Championships semi-final in Baku and had the measure of his familiar foe today in China with two waza-ari scores going unanswered. The pair displayed great sportsmanship afterwards as they exchanged a sincere handshake and lengthy embrace.

In the first semi-final Sherazadishvili conquered Tunis Grand Prix winner Islam Bozbayev (KAZ) by ippon having led by a waza-ari to power into the final. In the second semi-final Osaka Grand Slam silver medallist Noel Van ‘t End (NED) was disqualified against Toth after being penalised for the third and final time in golden score for ducking to avoid the grip of his opponent.

The first bronze medal was won by European champion Mikhail Igolnikov (RUS) who saw off Van ‘t End by a waza-ari score from a de-ashi-barai which was scored just 10 seconds into the contest. The world number 12 from Russia claimed his first Masters medal to boost his country’s medal tally on the last day.

The second bronze medal went to Bozbayev who shaded Tunis Grand Prix bronze medallist David Klammert (CZE) by a waza-ari score from a ko-uchi-gari. Bozbayev doubled his country’s medal haul after their day one bronze from former world champion Yeldos Smetov in the -60kg category. 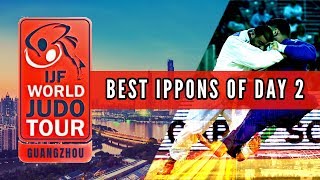 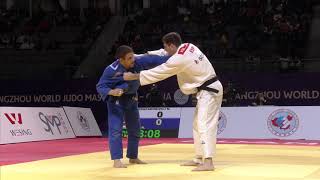 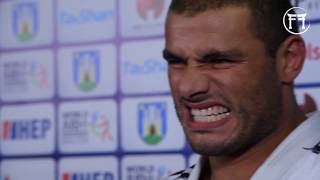