Kazach judoka Otgontsetseg Galbadrakh had an amazing year and tops all the rankings. She earned the most prize money in the IJF World Tour, she won the most medals, and most gold medals. Previously she fought for Mongolia but successfully switched to Kazakhstan and won Olympic bronze. Swedish Marcus Nyman and Dutch Guusje Steenhuis are ranked second in most prize money in the World Tour.

Otgontsetseg Galbadrakh won even four World Tour events and was the most successful in gold medals and number of medals. However the 22,500 dollar is nice, but her Olympic bronze medal was priceless.

The 26-year old Swedish judoka Marcus Nyman won three tournaments and is in the second stage of his career. He won in Düsseldorf, Baku and Tyumen. In Tbilisi he won silver. At the Olympic Games he just missed bronze and ended fifth. Dutch Guusje Steenhuis, also won a gross 17k dollar, she didn't compete at the Olympics while she peaked in the IJF Tour with victories in Baku and Abu Dhabi both good for 5,000 dollar.

Watch the list of “top earners” in the IJF Tour. Likely these amounts will be totally different last year. For instance the World Championships will have a prize money of 1,000,000 USD, five times more than in 2015.

Teddy Riner and Majlinda Kelmendi won the most prize money in their career. 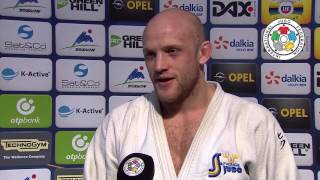 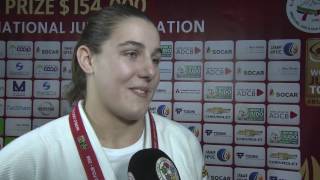 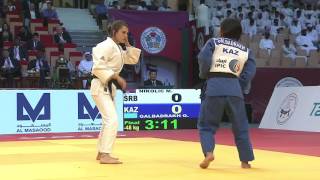