The first official event of the Olympic Games took place this afternoon at 16:00 local time. The official draw of the Olympic Games judo competition was held at Teatro Bradesco, in the village Mall in Barra da Tijuca. The draw started with showing all videos of the series Judo for the world for 25 minutes.

IJF President Marius Vizer said: “Good afternoon, dear guests, media an colleagues. After a period of four years we arrived in Rio and we hope to deliver a successful event.”  The President apologized for long videos for promotion of the educational videos. “ Judo is the third biggest sport at the Olympic Games with 137 nations and 390 athletes. I wish all of you lot of success, let’s respect the principles and values of our sports. Control your emotions, of course happy and unhappy people, but the life with judo is not finished with this competition. We encourage the athletes to do their best in the self control, one of the principles of our sport.”

Attention was given by general secretary Jean-Luc Rouge to match fixing, none of the officials are allowed to bet.

After that more action with the draw conducted by IJF Head Sports Director Vladimir Barta. He mentioned the numbers in judo with 390 athletes 237 men and 153 women. 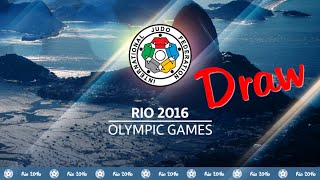 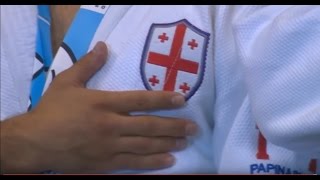 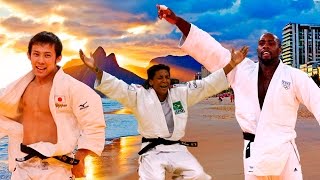