Four different countries won the gold medals in the young women’s division at the Cadet European Championships in Vantaa. Daria Bilodid of the Ukraine was able to prolong last year’s title won in Sofia. Bilodid moved up from U44kg to U48kg this year.

None of the countries could defend their title at the Vantaan Energia Areena. Bilodid defeated her Russian Irena Khubulova in the final. Bilodid won four matches including the semi final against Andrea Stojadinov who won the bronze accompanied by German youngster Mascha Ballhaus.

The first gold medal of the day though was for French talent Charlene Quilghini. Quilghini defeated her neighbor from Belgium Jente Verstraeten. Turkish Dilan Dogan and Romanian Lidia Marin captured a bronze medal. Last year the gold was for Shahana Hajiyeva of Azerbaijan in the final against Marin.

Serbia was happy to see Nadezda Petrovic win the gold medal for her country. In the final she overcame Alexandra Maroti of Hungary. Nora Bannenberg of Germany and World number one Jorien Visser of the Netherlands both captured bronze. Petrovic surprised Visser in the semi final and took the second ever European cadet title for her country.  In 2012 Strahinja Buncic was the first in the men’s U66kg category. 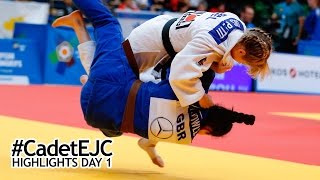 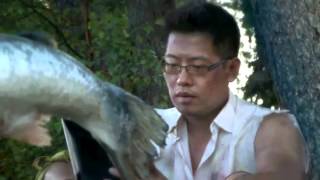 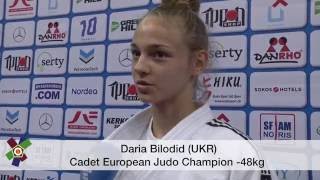