What a day for Beka Gviniashvili, in his new category he gets better every day and he qualified for the final U100kg at the Grand Slam in Samsun. The Georgian powerhouse impressed with a huge victory over World number one Elmar Gasimov (AZE). British Benjamin Fletcher followed and UAE top judoka Ivan Remarenco, World bronze medallist in 2014 in the semi-final.

In the final Gviniashvili will meet Rafael Buzacarini of Brazil who grabbed his last hope for the nomination for Rio 2016, although the gap with the top is still big. Still Buzacarini is ranked higher (29) than Gviniashvili (39), but maybe not for long. With such Olympic shape Gviniashvili goes straight to Rio. The Georgian defeated Buzacarini three weeks ago in Buenos Aires.

In the category U90kg this time it is Khusen Khalmurzaev who reached the final in Samsun. Khusen , the number 48 of the World Ranking U90kg won the European Junior title twice in 2011 and 2012. He won silver in 2011 at the World Junior Championships. The twinbrother of Khasan, who is the world’s number five in the category U81kg, won his first Grand Prix medal in 2013 in Almaty. Grand Slam bronze in Tyumen in 2015. Elected at 2011 Most promising judoka of the EJU.  Khusen reached the final via victories against Efemgil of Turkey, Düsseldorf winner and last week’s finalist Marcus Nyman, former World Junior Champion Quedjau Nhabali, 2012 Grand Slam Paris winner Dilshod Choriev, so in fact Khusen Khalmurzaev should be the favourite in the final against Mammadali Mehdiyev of Azerbaijan. Mehdiyev defeated Ushangi Margiani in his new category, Avtar Singh (IND), Patryk Ciechomski (POL), who’s in a good shape,  and Brazil’s medal hope Tiago Camilo, also not a bad track record.

Less a surprise was Teddy Riner who qualified for the final +100kg against Levani Matiashvili of Georgia. Riner defeated David Moura in the semi final, Matiashvili Rafael Silva in the quarter final. Now Moura (12) and Silva (9) will battle for a bronze medal in Samsun.

The French are strong as expected and U78kg is another all French final with Audrey Tcheumeo and Madeleine Malonga in the spotlights. Although this event is practice for them, as the field is not the best and cannot be compared with the international opposition.

Korean Kim Ji-Youn and Melissa Mojica of Puerto Rico qualified for the final +78kg. Puerto Rico is developing extremely well and yesterday Maria Perez won bronze U70kg, 32-year old heavyweight Mojica was on the podium of an IJF Tour event in 2009 (Rio Grand Slam) and in 2012 in Moscow’s Grand Slam. Ten time world champion Teddy Riner is not yet in shape At the French Team Championships Big Teddy lost by three penalties in the quarterfinal contest. Teddy Riner was undefeated by a Frenchman for almost 13 years, but this year is special for everyone, also Riner cannot escape. Read more Double Olympic judo champion Teddy Riner believes that staging the Tokyo Games in 2021 will put all athletes on an equal footing after the sports extravaganza was postponed for a year due to the coronavirus outbreak. At his 31st birthday he speaks about the delay. Read more 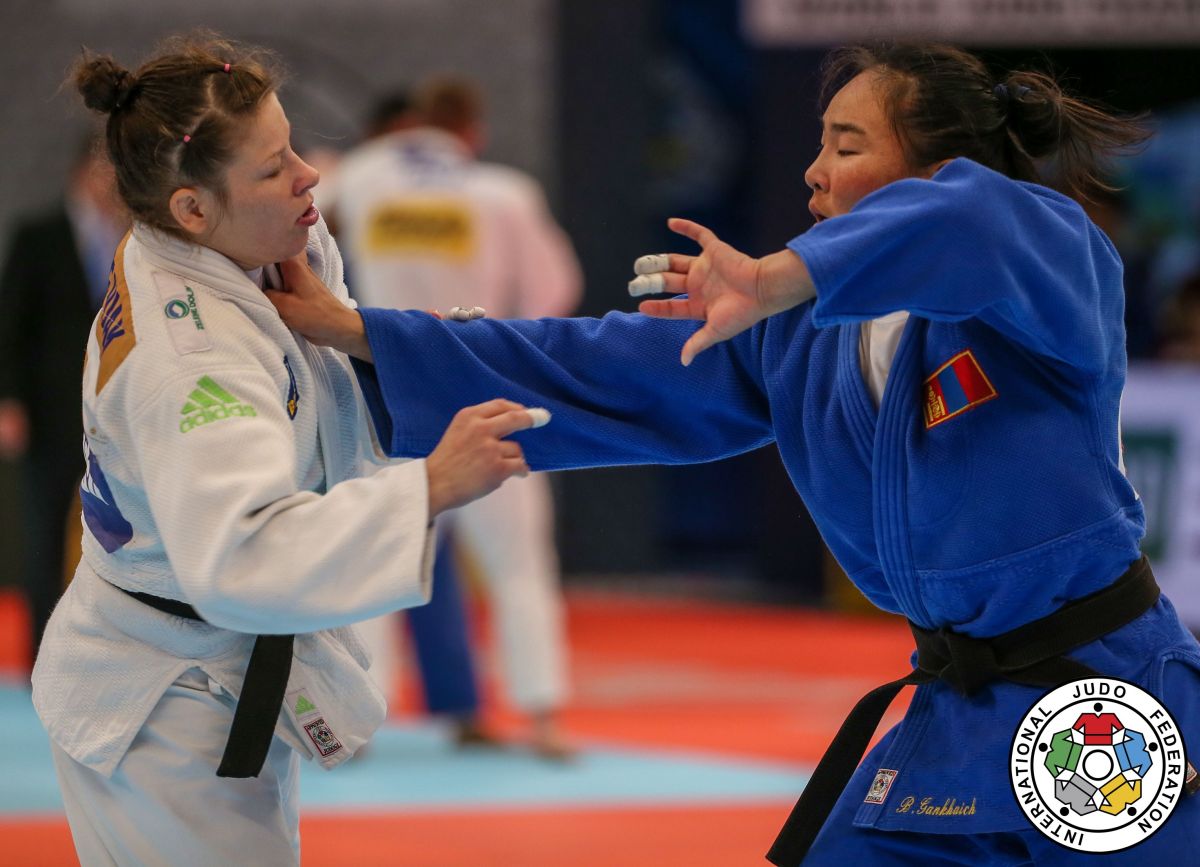