Conduct of exciting match between Riner and Tushishvili reversed At the Champions League, the European Championships for Clubs, ten time World Champion Teddy Riner was defeated by 2018 World Champion Guram Tushishvili. However many fans are questioning the situation on social media. The home crowd though was extremely satisfied with the sensation by the smaller heavyweight Tushishvili and also Riner congratulated Tushishvili. The IJF have no reversed the result into Hansokumake for Tushishvili, which afterall didn't affect the final result.

At the quarter final contest on Saturday in Georgia’s city Gori in the men's competition between JC Fighters Tbilisi and PSG Judo, a giant clash between Teddy Riner and Guram Tushishvili took place. The score is then 2-1 for the Georgian club. There are nineteen seconds left in this fight when, on a harai-goshi attempt by the ten times French world champion, the Georgian vice Olympic champion in the +100kg category tries to mow down Teddy Riner's left leg before countering him, for a waza-ari that offers the victory and, at the same time, the win of this match to his team.

A very dangerous action on which, inexplicably, the waza-ari is maintained whereas the hansokumake appears indisputable, including according to our information to all the referees present. A sensitive action that also made the International Judo Federation react, since Referee boss Daniel Lascau, asked the supervisors on the spot (Andreas Hampel and Franc Ocko) to analyse why the hansokumake had not been given.

Let's add that the action preceding this contentious waza-ari could also have been questionable with a sweep from behind by Tushishvili on Riner, while the referee had given a "matte" beforehand, leaving the French star on his back for a few moments.

In an exceptional case the IJF can reverse the result after conculting the situation with the IJF referee commission. 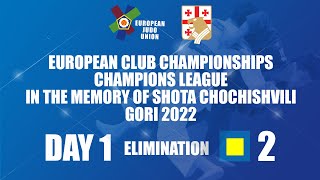