The most recognizable names in judo are usually from the Japanese team. Naohisa Takato, Hifume Abe, Joshiro Maruyama, Soichi Hashimoto, Takanori Nagase – these are as close to household names in judo as you can get. Even the lesser-known names like Sotaro Fujiwara, Kentaro Iida and Tatsuro Saito are somewhat known by judo fans. But Kosuke Mashiyama? Not very few will know him. Time to introduce him.

In the IJF World Ranking, he is ranked below better-known players like Sanshiro Murao, Kenta Nagasawa and Soichiro Mukai. Yet, he is the one representing Japan in the upcoming Tashkent World Championships for the -90kg category.

Mashiyama doesn’t have much of an international track record but he did win the 2021 Baku Grand Slam, defeating top names like Mammadali Mehdiyev (AZE) and Beka Gviniashvili (GEO), the World ranked No. 1 and 2 respectively.

Principally a left-hander, Mashiyama likes to do ouchi-gari and seoi-nage from a left-sided cross-grip. He has fought top favorite Lasha Bekauri (GEO) twice and lost both times to him. Will he be third time lucky if he meets Bekauri in Tashkent? 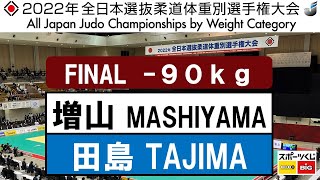 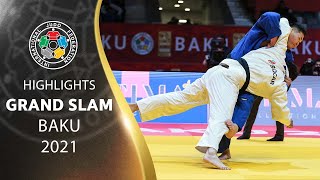 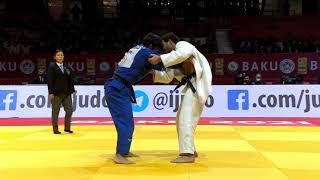