After a trying year since she and her older brother won Tokyo Olympic judo gold medals, 22-year-old Uta Abe is now eying a title defense in Paris in 2024, with this year's world championships an important stepping stone toward that goal.

Abe and her brother Hifumi became Japan's first sister and brother to win Olympic medals, but since then she has undergone surgery on each shoulder to pursue her dream of 52-kilogram Olympic gold in Paris.

More immediately, she is relishing the chance to continue her dominance in the division at the world championships in Tashkent, Uzbekistan, starting Oct. 6.

"It's an important tournament in the run-up to the Paris Olympics. I'll win it convincingly and build on it," she told Kyodo News recently. "I want to compete so people will think, 'So this is Uta Abe,' and nod their head without needing to say a thing."

Although flush with confidence now, Abe's shoulders gave out after the Olympics and forced her to go under the surgeon's knife.

"It got so bad that just going downstairs or carrying shopping bags, would cause them to dislocate. I thought I couldn't mount a challenge for the Paris Olympics in this kind of agony," she said.

"They were my first operations and I worried whether my shoulders would get back to how they were. But I also thought I had the strength to climb back up again. It took a year, but it's been getting back to normal recently."

Abe returned to competition in April and though she pulled out after winning one match as a precautionary measure, her fitness has progressed well. In mid-July, at the Zagreb Grand Prix held one year after the Olympics, she won all five bouts, four by ippon.

Off the mat, Abe has found that being an Olympic gold medalist came with its own issues, and that being No. 1 is a different kind of challenge.

"People look at me differently," she said. "There's some mental fatigue from that, but it's the mission I'm on, so I'm OK with it."

"There's no one I'm chasing in the 52-kg category. It really is a fight against myself. I need to surpass myself and grow each day. When you're the queen, you have no margin for error."

"My mental attitude going into matches has improved an enormous amount," she said. "On the big Olympic stage, the heavy must-win pressure I felt as I competed has added to my confidence."

"The fear I had toward matches is all but gone and I'm starting to have some space to enjoy it."

The presence of her 25-year-old brother, the Olympic U66kg gold medalist, continues to motivate her, and she acknowledges her fortune in getting to return to the mat fit and ready.

"He looks really relaxed and is getting stronger too. I'm wondering if he'd ever lose again if he sticks to his way of fighting," she said. "In the end, he is showing me the way."

"I want to be brave in taking on anything this year. I had no idea how things would be in returning from my surgeries but I didn't want to tread an ambiguous path. I wanted to move forward, accepting how things were, even when my judo wasn't going well."

"When I think on how far I've been able to come, it's fair to say I've been blessed." 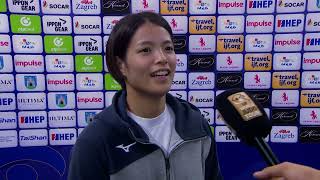 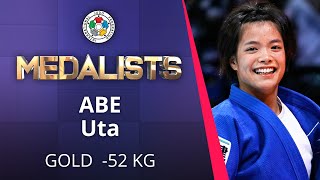 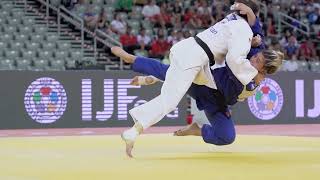 2 Apr 2022 00:10
All Japan Championships promises fireworks this weekend
All news