World Champion Anna-Maria Wagner took a gold medal in Antalya and Tbilisi, so the sky looks bright. However Wagner has been struggling with a huge depression after the Olympics. She’s on her way to win that fight and she talked about it after her victory in Antalya.

Since 2008, I watched the Olympic games and I saw the athletes on the podium and I was a little child and I said to my parents : “I want to get there, I want to stand on the podium”. Since then it was a childhood dream, it was my dream and after the world title I get 2 medals in the Olympics and it was unbelievable. I fly higher and I think 2 or 3 weeks later, I realized : “Okay my goal disappear and what’s now ?” and then I fall down.

I think in the last 8 months I had my hardest fight of my life, a fight against myself. The word depression… Yes sometimes I just cry but I don’t know why. In this time I want to do nothing and it was hard to wake up, to stand up to go to training. When I do something with my friends of course I feel good but I don’t enjoy it so much than before. So all my friends said : “you look so sad”, and I said : I’m sorry but I can’t do anything”. You can’t put it off, it doesn’t work.

For me it’s important to have 2, 3, 4 close people to me and I know I can talk every time with them and that helps me in this time. I think it’s also important to have a good coach by your side. Sometimes an athlete can get in this situation and it’s okay. It’s important that the coach supports the athletes in that period. It’s just normal not to be all the time at 100%. We are humans, we’re not machines.

1 or 2 months ago, my head started to get back. I had one week good, one week bad, but it was better than before. I understand that now I’m ready to fight again and that is why I choose to fight in Antalya.

Today I work, I wake up and here I was 100%. The 1st fight is the hardest one so I want to have my first fight during the warm up so I do a really, really hard warming up and I talk to myself and get focus. I said : “okay when my feet touch the tatami I’m here. I’m in a beast mode and it’s my war”. And that helps me to stay focus all the time.

Now the first goal was to come back on the IJF world tour and I’m so proud of me to get this gold medal (in Antalya). It means a lot to me. Before the Olympics, there is the world championship this year and I want to fight again for the gold medal, but of course there’s another big goal again, Paris, the Olympic Games and this time I want to finish with the gold medal”. 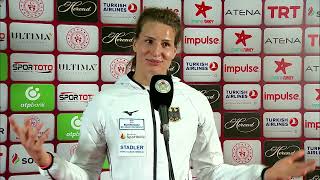 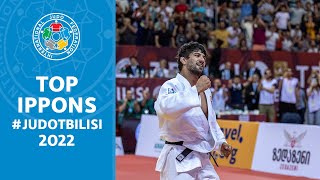 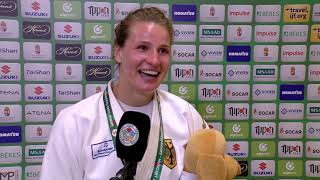