The final of the Paris Grand Slam U52kg between Amandine Buchard, silver medallist in Tokyo last summer and Distria Krasniqi (KOS), Olympic champion but in the lower category, was the match everyone was expecting. After both athletes had a great morning session they eventually met in the final.

Distria Krasniqi, who is back in her preferred category, seemed untouchable during the preliminaries, while Buchard made the public explode with joy, especially in the semi-final, when she sent current world champion Ai Shishime to the tatami with a superb ippon.

Sharp and strong, we can already say that Krasniqi has already adapted to her new weight category. Here against world number one Buchard, she was penalised twice for passivity as Buchard was the one imposing the pace of the match. Still, there were no attacks strong enough from either athlete, to put the other in danger. A very tactical golden score began, the French champion looking for the third penalty for Krasniqi and the other trying to avoid it. The least we can say is that Buchard and Krasniqi were giving it all but as the minutes were going by, Buchard seemed to be more tired than the Olympic champion. Against all odds, Buchard suddenly put all the energy she had left into a desperate seoi-nage that scored waza-ari but what a match between two amazing competitors. Today for the first match between the two women, it was Buchard who had that extra bit of will, but for sure there will be a hunt for revenge in the months and years to come and today was not Krasniqi's final word.

Amandine Buchard declared, "I did not study her at all. I focused on me. The strategy was to be very aggressive from the beginning in the kumi-kata. It worked but I already know Distria will be very tough and now it is not only about me and Abe, because Distria will be soon part of the top group."

Distria Krasniqi said, "It was hard. She tried the same throw throughout the whole final but she does that move perfectly. I must learn from what happened today."

In the first bronze medal contest Astride Gneto (FRA) faced Fabienne Kocher (SUI). The French competitor was dominating but not able to score. In the golden score period, eventually, it was Kocher who took her chance to pin down her opponent after a nice piece of ground work with sangaku-jime.

The second bronze medal was disputed between Chelsie Giles (GBR) and Ai Shishime. Shishime won another new medal for Japan. 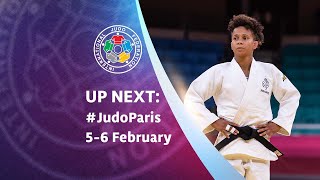 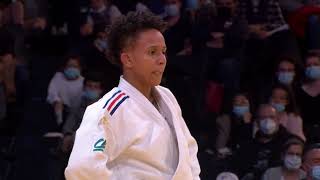 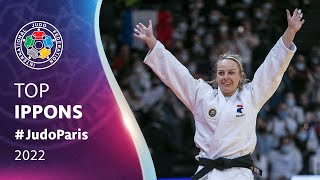