Hifumi Abe has its gold medal, Japan has its ideal siblings with both an Olympic title. The story is complete and for the next two Olympic cycles not over yet. The Nippon Budokan saw history with the gold for both Abe’s.

Hifumi Abe controlled the final against Georgia’s top man Vazha Margvelashvili in the category U66kg. Abe scored a waza-ari with his homemade o-soto-gari, similar to those he used throughout the day. While Uta had troubles to control her nerves, Hifumi did not make any mistake and controlled Margvelashvili until he could finally raise his arms in victory.

Margvelashvili declared, "Abe is a great champion and deserves his gold. I tried to go step by step all day long. I succeeded with this plan until the final. There, there was something missing."

The first bronze medal contest was won quickly by Baul An (KOR), scoring ippon against Manuel Lombardo (ITA), who will not join his teammate, Giuffrida, on the podium. Both the Italian and the Korean came for the gold medal and both must be disappointed, but at the end of the day, we will remember that Baul An was standing on the podium. An said, "What a day! I’m as tired as I was in Rio and it was as hard as 5 years ago."

In the second bronze medal contest, Daniel Cargnin (BRA) scored first with an unorthodox rolling arm throw for a waza-ari. Then Baruch Shmailov started to put incredible pressure on his opponent, who managed to keep his advantage alive and win his first Olympic medal and the first medal for team Brazil.

Cargnin's coach declared, “We have improved in the last 2 years but we were missing medals at major events. What we had to do was to be better in the competitive aspect. That is why I’m so happy today."

The first part of the draw was tough; the athletes knew it. It's the Olympic Games and even if there are less competitors than at the World Championships for instance, the pressure is very high and there is no escape. You win, you go on, you lose, you have to wait four, or in this case three, more years until the next Olympic Games.

Being world number one and top seed, Manuel Lombardo (ITA) thought he had good chances to reach the semi-final but that was without world number 13 Daniel Cargnin (BRA), who round after round showed more and more confidence. Junior World Champion in 2017, the Brazilian, who won the Pan-American Championships last year, proved that he is one of the major threats in the category. It is not Lombardo who will say the contrary.

In the semi-final Cargnin was opposed by the local star and hero-to-be Hifumi Abe, who had several tough matches during the morning session, even if the Japanese judoka never looked in danger. The fact is that in each round Abe had to face opponents who were mostly trying not to fall rather than trying to win. Nevertheless, Abe showed an amazing long distance right handed o-soto-gari that scored several times. Cargnin is another kind of opponent, trying to impose his kumi-kata and a different rhythm, but Abe was obviously ready to face any kind of adversary and this time he didn't need golden score to deliver the ippon; A seoi-nage came for him to join his sister Uta, from a distance in the final of the Olympic Games.

There were no surprises in the second half of the draw, with both top seeds qualified for the semi-final, Baul An (KOR) with his reverse Korean style seoi-nage and Vazha Margvelashvili who aligned several significant victories. The surprise came from the semi-final itself. As the golden score period began, Baul An seemed to control what could be controlled and was slowly but surely pushing  Margvelashvili go be penalised, which was the case twice, but in a confused action, the Korean tried to counter-attack his opponent, who had perfectly anticipated it and who countered the counter-attack to score an unexpected waza-ari that opened the doors of the final for him.

Being in the repechage was definitely not Lombardo's goal but winning a bronze medal at the Olympic Games is very important. To do so he still had to compete against Baskhuu Yondonperenlei (MGL). In a tough battle to take the lead, only shido were distributed until Yondonperenlei scored a waza-ari in golden score, but the score was cancelled after a video review as the Mongolian pushed the leg, under the belt, to conclude his technique, which is not valid. For this infringement, he was penalised a third time, offering the victory to Lombardo, who didn't expected it.

The second repechage match starred Adrian Gomboc (SLO), who was close to having the perfect day until the quarter-final. To access the bronze medal contest, he faced Baruch Shmailov (ISR), who also had a powerful journey through the prelims, until he lost the quarter-final against the Georgian. 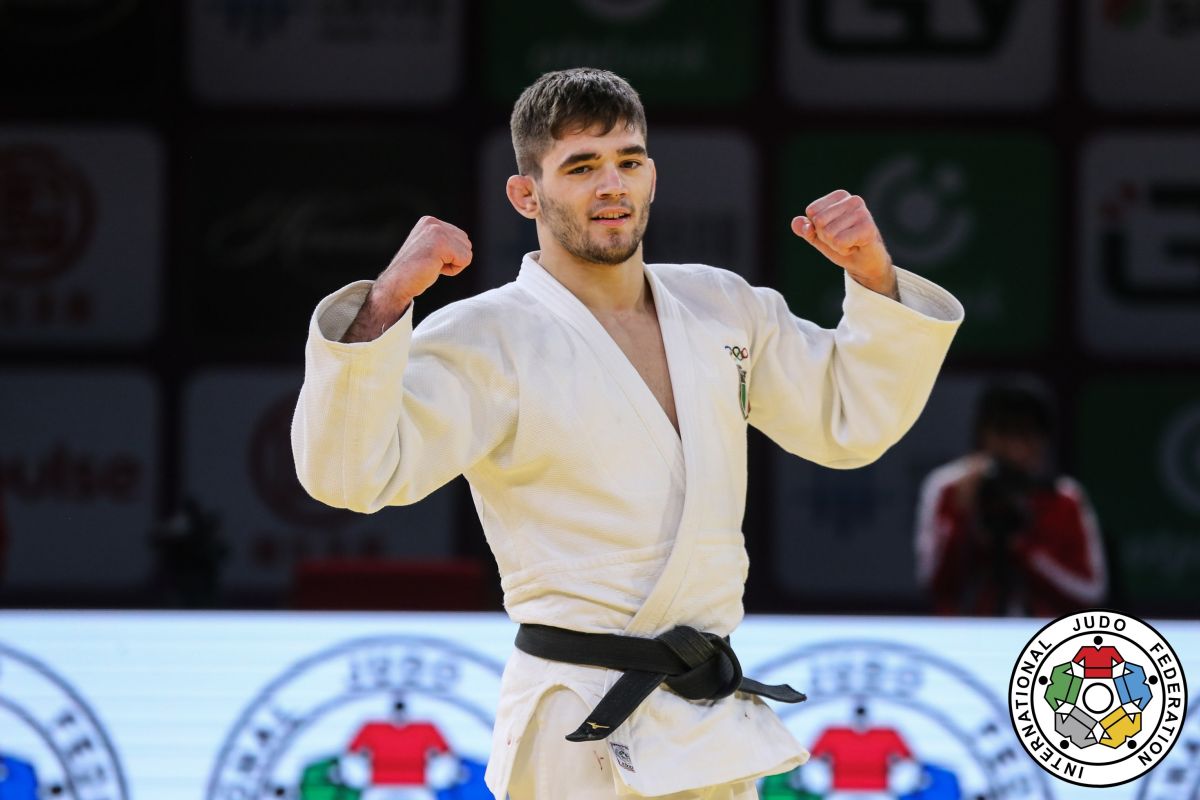 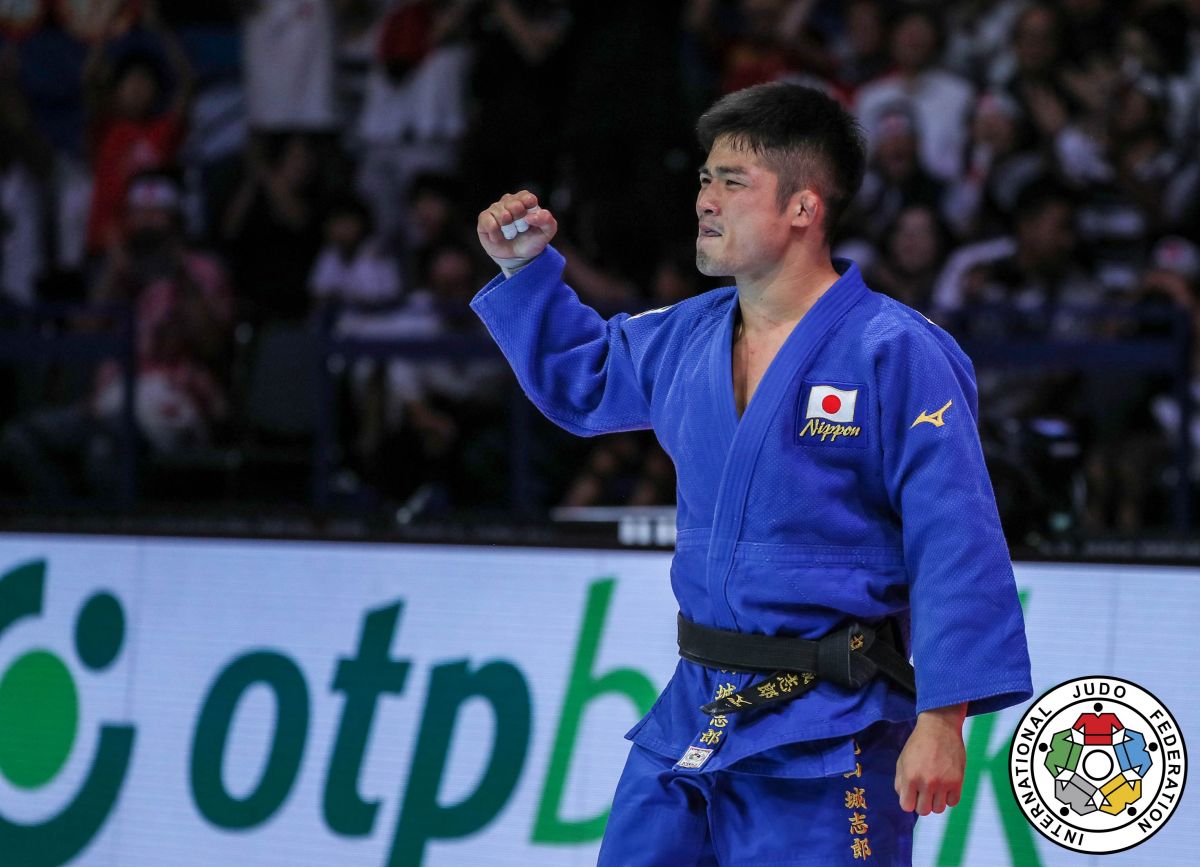