The top contenders are European and perhaps Georgia have a huge chance with two top fighters in Tato Grigalashvili (GEO) and Luka Maisuradze (GEO). Grigalashvili would eventually not fight in Budapest but he is listed and seeded as number two. That top position is reserved for Matthias Casse of Belgium who was the runner-up of last Championships, so this is his chance. What is a chance though if there are so many competitors, even in your own country as Sami Chouchi (BEL) is well in shape. Casse will go to Tokyo and Chouchi wouldn’t even make it if he won the World title. Definitely he gave his confidence a boost when he won the gold in Antalya. Never Belgium had two of these strong gladiators.

Let’s take a few countries with double entries such as the Koreans. Sung-Ho Lee (KOR) and Moon-Jin Lee (KOR) are good but Lee is the man to expect. Germany will have Alexander Wieczerzak (GER) and Dominic Ressel (GER) and we expect Ressel to be aiming for the top 8 position, in fact he should. Wieczerzak dropped down after his world title and is not expected to reach the last eight. Russia have a serious couple in Aslan Lappinagov (RUS) and Khasan Khalmurzaev (RUS), the current Olympic Champion.

Who are left in among the seeded players? Of course Frank de Wit, the gutsy Dutchman who was unfortunate having Covid-19 this year and couldn’t fight in Lisbon for the European title. He will be in the same pool with Ressel, not an easy ride for De Wit. Former World Champion Saeid Mollaei, with that dramatic story in Tokyo in 2019 when he fought for Iran. This time Mongolia is his country and he will fight for freedom to get his right to become World Champion again like in 2018. Mollaei is number four and in the pool with number five Sharofiddin Boltaboev (UZB) who is always spectacular to see. With his tremendous pickups and throws his style is attractive for the average judo fan.

Ivaylo Ivanov (BUL) is the number seven of the ranking (WRL-13) and linked with Grigalashvili. Aslan Lappinagov (RUS) is the 8th seeded player in this category.

We didn’t speak about Japan yet, but Sotaro Fujiwara (JPN) was able to take silver medal at previous World Championships but lost his battle for Tokyo.

Antoine Valois-Fortier (CAN) is one of the most experienced in this field and won World Championships medals in this decade. Also he is one of the tallest players, intelligent and capable to reading an event. The division is attractive to see, a clash of styles are there are a bunch of opportunists that will take any chance to upset a seeded player. Mohamed Abdelaal of Egypt, Attila Ungvari the home player will be supported as far as it’s possible in Budapest. But any support will give him and his brother a boost. Anri Egutidze (POR) is spectacular to watch and he can throw people the hard way. Robin Pacek (SWE) is gifted, maybe not a for medal, but definitely close to the top 8. Zebeda Rekhviashvili is an outsider and we don’t know what to expect from the former Georgian, it’s good to have him around again.

Watch the video preview of the U81kg category 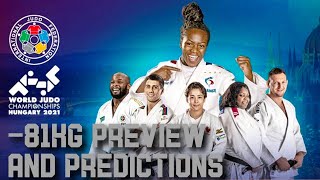 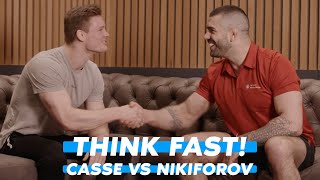