In the Netherlands, the decision has been made who is nominated for the Olympic Games in Tokyo in the heavyweight category + 100kg. Henk Grol is going to the Games for the fourth time in his career and will try to claim a third medal. The battle with Roy Meyer in this Olympic cycle was by no means a neat battle that resulted in a huge clash. A dirty fight that didn't look good on the mat. Everything that had built up over years came out in that first minute. Brutal behavior from Roy Meyer and a disrespectful reaction from Grol after he beat Meyer by ippon.

The historic fight between the judokas Henk Grol and Roy Meyer lasted only fifty seconds. The fight between the two Dutch heavyweights was a ticking time bomb that exploded in the quarter finals of the European Championship in Lisbon.

During the long qualification process of the judo association, both verbally put each other on their backs regularly. But physically they had never had the chance. Meyer, who is usually a bit more classy in the media, had now pushed all his energy to a peak, which did not help him in the match. Henk Grol, who impressively conquered the gold in the highest category at the Grand Slam of Paris last year, was suddenly back in the battle that was still in the hands of Roy Meyer who had taken the lead with World Championships bronze in the same Budokan in Tokyo.

Grol remained cool but off the mat, the two rivals were by no means friends and the two clearly showed that they did not like each other at all.

They avoided each other in the Arena in Lisbon on their way to their all-deciding match.

Meyer impresses with his preparation, Grol impresses by staying cool. Nobody expected that the battle on the mat started like this. Exciting for the judo fan, the international judo world suddenly jumped up from the energy smashing from the tatami and judo fans watched the short contest with wide eyes.

Grol is a two-time winner of Olympic bronze in the class U100kg and has a different stature than Meyer, who wanted to prevent Grol from dominating his ideal gripping.

A few kicks and a finger in the eye gave Grol the energy to throw Meyer fully on his back. IPPON and Grol showed Meyer who is on top, but not in a respectful judo way, although the frustration was understandable. For that reason, the referee awarded the 36-year old Dutchman as the winner. No more doubts: Grol would go to the Games and that was confirmed by the Association on Dutch King's Day on Tuesday.

Gentleman as Meyer is, he immediately admitted after the game that he had started the game a bit too energetic and admitted his loss and with that his hope for a ticket to Tokyo,

As always, Grol was clear in his commentary and did not leave Meyer intact, which was not very sportsmanlike after such clear victory. Not judo match we were looking forward to seeing, not a match in line with the bitter Olympic 24 minute battle between Maruyama and Abe that the world of judo adored. Grol was set sharp in the final by Inal Tasoev after a short an efficient and perhaps useful loss. It will remember Grol what needs to be done on his way to his third medal. Rather a hard-fought medal than beautiful judo with empty hands. 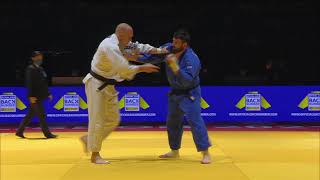 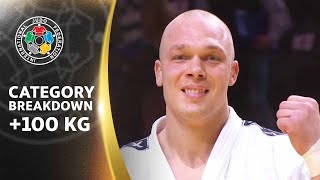 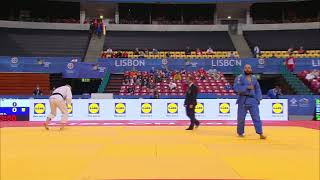