Judoka Gabriella Willems can forget the Olympic Games after she got sidelined for a long time with a serious knee injury. The 23-year-old Willems was taken away from the tatami in Antalya on Friday in her match against Barbara Matic. On Wednesday the diagnosis came hard: Willems tore her ligaments and will therefore miss the Olympic Games.

Willems (IJF-24) was close to qualifying for Tokyo and started the Grand Slam of Antalya strong in her category 70kg. The tragedy struck in the eighth finals when she tried to avoid an attack from Matic with a twisting movement.

The conclusion was tough to face and Willems torn her ligaments. She will need to recover for the rest of the season and won’t be able to compete at the Tokyo Olympics. Another blow in this category U70kg where Sally Conway and Yuri Alvear retired as well as Belgian colleague Roxane Taeymans, still the number 43 on the list. Many positions are double with multiple athletes from one country while only one athlete per country can qualify. France, Netherlands, Germany have all women battling for one position in Tokyo.

Willems was not entirely sure yet of the Olympics, but with her classification, the tall Belgian could have been eligible to defend her chances in Japan. She had also started the season well with a fifth place finish at the Tel Aviv Grand Slam and a bronze medal at the Tbilisi Grand Slam. Last year she reached the final of the Grand Slam in Düsseldorf. The triple Belgian champion thanked everyone for all best wishes on her social media. 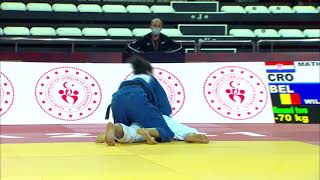 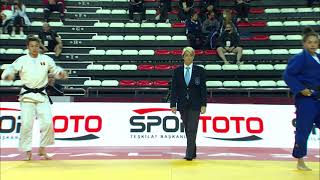 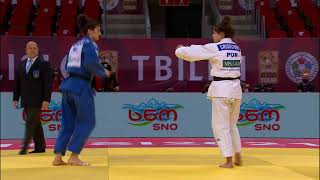