Abe Hifumi is back on the World Judo Tour, after winning his ticket to the Olympics, but in his first march he could face the current Olympic champion Beslan Mudranov (RUS). For both men this is a challenging start.

The All Japan Judo Federation is now bringing their best team to test them before the Olympics. Harasawa Hisayoshi (+100kg), Abe Hifumi (-66kg), Wolf Aaron (-100kg), Hamada Shori (-78kg) and Mukai Shoichiro (-90kg) are in Antalya to represent Japan. Team number one is back under the international spotlights. Are they in shape? Are we going to see spectacular ippon judo? Or we will discover a more tactical Japanese team?

After the 30 minute match against his homemade rival Maruyama Joshiro, Abe is finally back on the international stage. The U66kg Japanese sensation has come to Antalya to test his judo against the rest of the world. This is surely a test-run before the big day at the Olympics, when his dream of winning, together with his sister Abe Uta, could become a reality. Abe Hifumi’s condition and intention will be totally transparent by the end of Thursday 1st April. 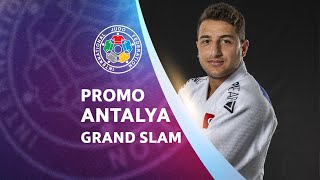 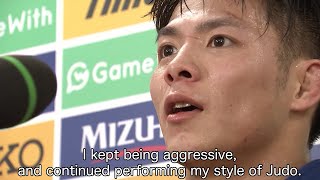