On a blistering day in Cairo in September 2005, Dutch Heavyweight Dennis van der Geest, became Openweight World Champion, beating Tamerlan Tmenov of Russia in the Final. The year before, he had taken Bronze at the Athens Olympics.

With so many epic contests to choose from, Judoinside caught up with Dennis to ask him,

Dennis van der Geest replies……. ‘Judo aficionados could be forgiven for expecting me to choose the obvious one, that day in Cairo when I won the world title in 2005.

I have mixed feeling about that day, although it was my greatest achievement, my brother sustained an injury at that tournament, so for me the occasion was soured.

So I’d like you take take me back for one day, in fact for the whole weekend, to Maribor Slovenia, for the 2002 European Championships.

Looking back, that event was very special for me, not only because I won the Openweight category, but my brother Elco took Gold at -100kg, with our father coaching.

It was an incredible family moment. This memory has everything.

The tournament was fantastic, I opened my account in the Openwight division,  with early victories over Aythami Ruano of Spain and Denis Braidotti of Italy, both massive guys.

In the semi-final I beat Hungary’s György Kosztolánczy, progressing to the final to face Alexander Mikhailin of Russia.

This final was a repeat of the previous years competition where I was beaten into silver. Elco too had medaled the year before in Paris winning his last match for Bronze.

This time I was not denied the Gold medal, in a memorable final,  I scored with a devastating Ippon. If you can, check it out, it’s worth seeing.

Two days after my Openweight victory, Elco defeated Martin Pader of Estonia in the final of the mens -100kg category, cementing a great double celebration for our family. Later the same day I took Bronze in the +100kg category.

For us, post tournament was a party atmosphere and we celebrated our success. I shared a room with Bryan van Dijk who is a tremendous prankster.

Maribor being a winter ski resort, we made use of a cable car and visited the top of the mountain. It was a beautiful sunny day, to this day it stands  as a great family memory.

You see the memory of myself and Elco, standing atop the podium at a major championship, with our coach and father looking on, is more valuable to me than my world championship victory in Cairo

Winning a big title with your brother is very, very special.

Fast forward a year later and myself and Elco both lost in the final in Düsseldorf, but hey, that’s judo.

For me judo is more than a sport, I have many great memories, not all of them on the tatami. 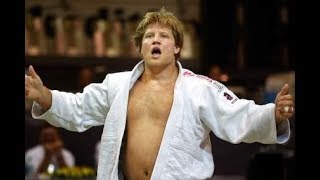 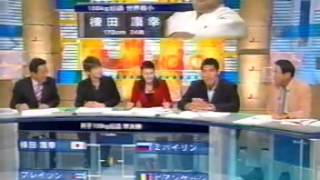 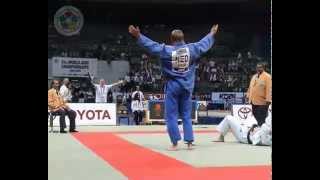