A single waza-ari score handed the home judoka the win over the 20-year-old and his first at this level before he pointed to the Brazilian flag on his judogi and made the most of his Grand Slam moment.

In the first semi-final Cargnin bested Sebastian Seidl (GER) after the German judoka received his third and final shido for passivity after one minute of golden score.

In the second semi-final Lombardo outlasted Junior Pan American Championships gold medallist Willian Lima (BRA) as the young Italian broke the deadlock with 22 seconds left and his timely waza-ari score was enough for a place in the final.

The first bronze medal was won by Lima who had the measure of three-time Grand Prix winner Abdula Abdulzhalilov (RUS). Brazil’s fringe players made their mark today and teeenager Lima was the perfect example as he beat the well-travelled and highly-regarded Russian with a controlled display to open his Grand Slam medal column on his IJF World Judo Tour debut.

The second bronze medal went to Ekaterinburg Grand Slam winner Kilian Le Blouch (FRA) after Seidl was dismissed having received his third shido for passivity in added time. The Frenchman is enjoying the best year of his career while Seidl will have to go back and study his contests after picking up eight shidos – in just five contests - which cost him dearly. 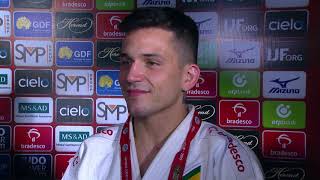 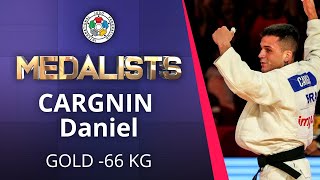 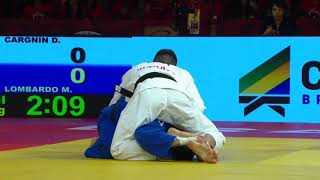