In the first semi-final Ekaterinburg Grand Slam winner Tommy Macias (SWE) lost out to Heydarov by a waza-ari score. In the second semi-final Scvortov outlasted Pan American Championships silver medallist Arthur Margelidon (CAN) who was disqualified in golden score after receiving three penalties.

The first bronze medal was won by Margelidon who edged past teammate and Marrakech Grand Prix bronze medallist Antoine Bouchard (CAN) by a waza-ari score from a Mongolian front uchi-mata.

The Canadian supporters were in for a great bronze-medal bout in U73 kg. Arthur Margelidon won by waza-ari against his teammate Antoine Bouchard.

“It’s always hard to be up against a friend. We didn’t really want to do it, but once on the mat, it’s like against any other opponent. We were both fighting for the same thing. We know each other pretty well, so the fight was very strategic,” explained Arthur.

The Montrealer added he wished both could be bringing home a medal, as Antoine was able to defeat strong opponents. “He still had a great day, but after losing my semi-final, we had to settle for only one medal.”

Margelidon scored 3 victories in the preliminary rounds. His only loss was in the semi-final against Victor Scvortov, from the United Arab Emirates, who won the silver medal. “Scvortov had a very closed style, he blocked everything and I made mistakes in my choice of attacks. He fought to give me penalties. I was disqualified in golden score because of a false attack. It was my third penalty, and he only had one,” he added. His goal for this season is to win a title at the World Championships in August.

The second bronze medal went to Tashkent Grand Prix silver medallist Igor Wandtke (GER) who drove past Macias in 18 seconds with an ippon-seoi-nage. 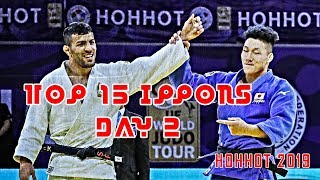 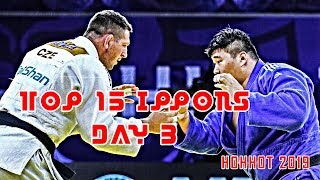 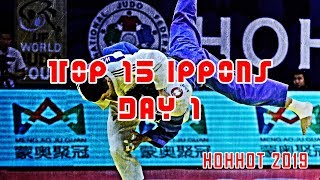