Zelym Kotsoiev of Azerbaijan beat Junior European Championships silver medallist Arman Adamian of Russia in the same final as the European Junior Championships and the same outcome from the continental offering in the U100kg category.

Kotsoiev looked lively and highly-motivated during his preliminary contests and had the conditioning to push his opponent Adamian onto the backfoot in the final minute before throwing with a sumi-gaeshi for a waza-ari score which proved to be decisive.

In the first semi-final Junior Pan American Championships winner John Jayne (USA) was beaten by Adamian by ippon after the Russian initially led by a waza-ari score.

Kotsoiev also claimed 700 points, comparable to a Grand Prix victory, for the IJF Senior World Ranking, a new rule that delivers Kotsoiev the 26. place in the IJF World Ranking.

The first bronze medal was clinched by Rakhimov after Junior European Championships bronze medallist Daniel Zorn (GER) picked up a third shido after one minute of golden score for dropping.

The second bronze medal was won by 18-year-old uchi-mata specialist Yamaguchi Takaya (JPN) who threw Jayne with an osoto-gari for ippon. 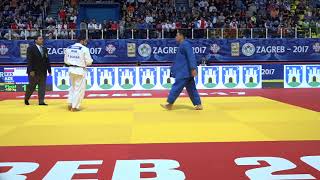 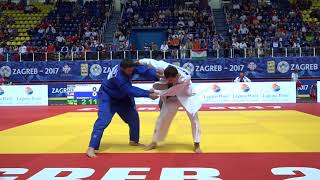 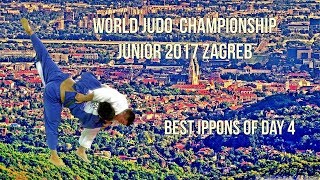