Azerbaijan and France claimed the Junior European team titles in Maribor. Both were impressive teams that took various European titles in the individual tournament. Azerbaijan won three gold medals and under normal circumstances that should secure three victories in each match, and so it happened on Sunday.

The final for men between Georgia and Azerbaijan was a great contest and won for the first time easily by Azerbaijan. The first contest of the five total gave Azerbaijan the lead by 1-0. Yagub Javadov bested Vano Niniashvili by wazari. In the category U73kg European champion Hidayet Heydarov had to face Tato Grigalashvili, but the European senior and junior Champion didn’t make any mistakes. Heydarov scored wazari halfway though and added the ippon, via osaekomi, a few seconds from the end after good groundwork. A 2-0 lead for Azerbaijan and Murad Fatiyev, the runner-up of the individual tournament U73kg, had Luka Maisuradze on top after osaekomi in the last minute. Some air and hope for Georgia. Nika Sidamonidze fought Azar Yagubov U90kg. It was Yagubov who scored the first wazari and didn’t give away that lead and the victory for Azerbaijan. European Champion U100kg Zelym Kotsoiev could be the icing in the cake, but gave that last victory to Gela Zaalishvili of Georgia who brought back the final results to 3-2 via an oseikomi.

Great Britain won the bronze medal after a 4-1 victory over Italy. More exciting was the match between Germany and Russia for bronze. After the 2-2, Erik Abramov and Saturday’s European Champion Inal Tasoev had to decide the result and halfway through regular time it was Tasoev who found the right grip just when Abramov tried a throw. Tasoev took over immediately and grabbed the bronze for Russia. 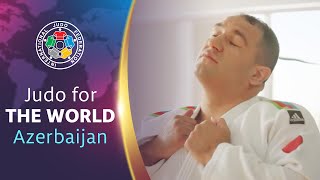