World and Olympic Champion Paula Pareto successfully felt the bathwater in her comeback since her golden Olympic campaign. The 31-year old Argentine star took the gold medal at the Pan American Open in Lima.

Gimena Lafeuillade (ARG) had a good South American Tour with two victories u57kg and silver this weekend in Lima. In the final she had to leave to victory to Tamires Crude. Also Argentine Abi Betsabe Cardozo Madaf took silver again, like last week and gold in Buenos Aires. Cardozo Madaf took silver behind Eleudis Valemtim of Brazil which was the second victory for Brazil and her second in a week time. The last gold medal in the women’s division was for Alisha Gales in a US final against Leilani Akiyama. This weekend the New York Open Team event will be held and most top athletes will be present for fight for Team USA.

Brazilian lightweight Phelipe Pelim won again in Lima after he won last week as well. Pelim took the gold medal for men U60kg against Michael Patino (PER). All three titles were for Brazil that dominated the first day of the event. Charles Chibana won the final against compatriot Gabriel Pinheiro U66kg. Brazilian Marcelo Contini was opposed to Antoine Bouchard of Canada. The expert groundworker won the match by a shido for Bouchard. No shame for Bouchard who usually competes U66kg and was the smallest of the field. Contini added a second victory, he also won in Santiago last week. 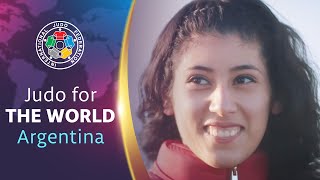