Nathan, 21, said it was both a “relief” and “very exciting” to be selected to the seven-strong judo team. At 18, Josh will be the youngest Australian judoka when he competes on the opening day of the Games. “It is exciting,” he said.  “I think I have a bit more to prove than other people, but it will be a good experience.”

The boys have judo in their blood – their mother, Kerrye, was in the 1988 Olympic Games when judo was a demonstration sport, and their father Rob was one of her coaches.

“It has been a long time coming for them as well,” Nathan said. The Katz brothers – one of seven sets of siblings in the Australian squad – left for Europe on Sunday, where they will begin training for the Games. It will be a tough road – Australia has not won a medal in judo since the 2000 Olympics – but Nathan said he was “capable of beating those top guys”. “If I can take care of those things in my control then I think it is not unrealistic to be in medal fights and be on the podium, so that is the aim,” he said.

For Josh, the Olympics will be about the experience rather than medals. “It is definitely a big ask to try and get a major result this time around, but I definitely think it is possible to upset a few people and shock the water a little bit,” he said. 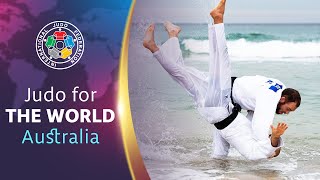 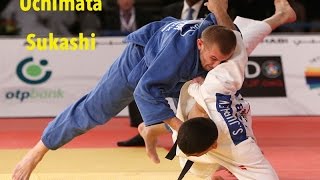