Eduardo Yudi Santos of Brazil became the winner of the Olympic test event in Brazil U81kg. At the second day he was supported by some special fans in the stands of the Arena Carioca 1, where the competition took place. The 22 judokas from the main Brazilian selection watched the test event from the stands and saw a few Brazilian medallists.

The national selection also wanted to feel the atmosphere of the venue. For 2012 bronze medallist in London 2012 and world champion Mayra Aguiar it will be her third edition of the Olympic Games. "For these younger athletes fighting here is a very good opportunity. In Beijing, it was my first Olympics, I lost in the first fight. But the experience helped me a lot in the conquest of London."

Victor Penalber agrees with his teammate. The number four of the World Ranking list says: "It is important to have this experience and see and feel the environment, after all we have to use the advantage of being at home. We have to really feel at home, take it here as our place, so that pressure that everyone talks is in our favor ", said the bronze medalist in the world in 2015.

Eduardo Yudi Santos defeated Japanese Toshimasa Ogata of Japan in the final U81kg. The other Brazilian medals of the day came with Igor Pereira (81kg), Edu Ramos (81kg), Jessica Santos (63kg) and Erika Ferreira (63kg), all bronze medalists. Japanese Kaho Yonezawa won the gold U63kg in the final against Bekky Livesey, the young British normally fights U57kg and the younger sister of the European U23 Champion Amy, had a terrific tournament in Rio. Champion Yonezawa was World Cadet champion in 2011 U52kg and grew into her weight U63kg where she won the strong women’s tournament in Thüringen last year around this time. Soon she will be launched in the world theater of senior judo. 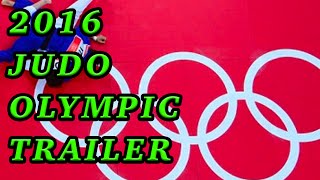