Antoine Valois-Fortier’s preparations for the World Championships are running smoothly. After being crowned champion of the Hohhot Grand Prix last week, he clinched the gold medal at the Asia Open on Sunday in Taipei, Taiwan.

The judoka from Beauport scored ippons in all three of his bouts in the U81 kg division. He defeated Tseng Wen of Taipei in the preliminary round and Lim Jooyong of South Korea in the semi-final. In the final, he faced off against another local judoka, Chang Wei-Cheng.

“The level of competition here wasn’t very high but I’m glad to have beaten the Korean, who is at my level, and to have won all my bouts by ippon,” commented Valois-Fortier.

VF’s goal has been to compete in as many matches as possible before the World Championships. “I had to take a few months off after my hip operation so I really want to make sure I’ll be ready for August,” he specified. 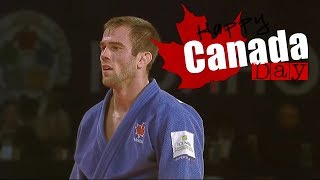