Polish judoka Beata Pacut set a unique European title after defeating Dutch former world number one Guusje Steenhuis in the final U78kg. Pacut captured the title as first Polish woman since Adriana Daci in 2002. Her coach Robert Krawczyk was the last European Champion for Poland in 2007.

The whole day was a sensational road the a highlight in Polish judo defeating some of the world's top athletes.

The first fight started with Inbar Lanir (ISR 30. WRL) a young, very talented player and European U23 champion 2020 and she took two Grand Slam medals in 2021 with surprising strong judo.

Fanny Estelle Posvite was defeated in the second fight. The number one seed from France (3. WRL) and bronze medalist at the European Championship and World Championships.

In the semi-final she overcame Audrey Tcheumeo (FRA 9. WRL) Rio’s 2016 Olympic Vice Champion and London’s bronze medallist in 2012. She was World Champion and four-time European Champion.

Pacut is in a great shape and warmed up last months with fifth places at the Europeans in Prague and Grand Slam Tashkent. In Antalya this month she reached the final of the Grand Slam and on Sunday she moved up to gold and won her first senior European medal. Pacut won silver at the 2014 Junior Europeans in Bucharest and won bronze at the U23’s one year later and in 2017, so the talent was always there but finally stood on the highest podium.

Pacut: “Standing on the podium and listening to our national anthem - tear in the eye, different thoughts and memories intertwined, mostly hard times in training, sacrifices and pride in the fact that it is the Polish flag at the highest and that it is also great step for polish judo ′′

Defitely a big credit to the coach Robert Krawczyk who was the last Polish European Champion before this golden success. Former teammate Krzystof Wilkomirski describes the European title and gives credits to the coach.

I watched and even admired what Robert and Beata's collaboration looked like. Not only Beata's success, but most of all, the way she did it was Great! She knew exactly what she wanted, she was confident, well prepared tactically, technically and physically. With faith and passion. With a sense of support from the side.

Generally, the whole competition is Beata's fantastic stunt, but the final fight is a true masterpiece. Full dominance, starting with a sensational fight for the handle, ending with really good, big attacks. Literally amazing!

For a few months (basically longer, Beata has been implementing an individual training program. Definitely deviating from most methods. Well thought out, planned and, extremely important, supported by trust and good relationships.

Interestingly, part of Beata's training activities are at the club's expense, and all work and all Robert's trips are paid exclusively at the club's expense (Black Bytom) including the participation of ′′Tailor′′ in the completed European Championships. Beata's closest group on the international camp also finally got the generous consent of the union, but at the expense of... its own.

Beata and Robert's collaboration brings beautiful results. Shouldn't they have full work comfort? Without fighting for every idea of your own, without looking for funds for every action?

Krawczyk did it before

Tokyo 2021 is ahead of us and in June are the world championships in Budapest, but it's unclear who will eventually decide to start from the Olympics) and if we want to relive similar emotions as in Lisbon and athletes should be able to work in comfortable conditions, where they have the best opportunities development and belief that what they do makes sense.

“Does Beata and Robert's cooperation have to end with an Olympic medal? It doesn't have to because it's a sport, but if a few people put their ego in their pockets and let them train in peace, the way they want, there's a really good chance. I am modest to remind you that Robert Krawczyk has already led one player to the Olympic medal, so a really a Polish dream about the Olympic medal after 25 years can become a fact.” 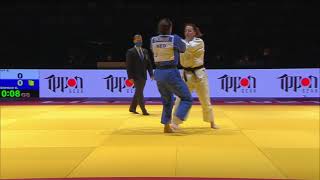 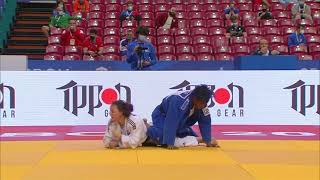 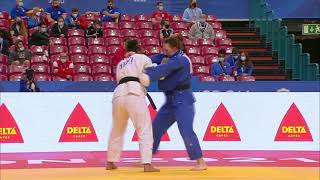