In a year with very few judo competitions, the Abe vs Maruyama play-off for the U66kg spot on the Japanese Olympic team can easily be described as the “match of the year”. Hifumi Abe earned the spot in the Japanese team for the Tokyo Olympic Games, very sad for World Champion Joshiro Maruyama.

Internationally, Abe had sterling results, winning the 2017 and 2018 World Championships. However, against his domestic rival, things started to go south after his second World title.

With three straight losses to Maruyama, it looked like Abe would be overlooked for the Japanese Olympic team. But at the 2019 Osaka Grand Slam, Abe kept his Olympic hopes alive by countering Maruyama’s uchimata for waza-ari in Golden Score. This made the selection more difficult. The All-Japan Judo Federation decided to arrange a special play-off to be held at the Kodokan. That was the match the judo keenly watched this past Sunday.

In their last fight at the 2019 World’s, Abe started off very aggressively but after Maruyama had incurred two shidos, Abe began to fight defensively, obviously trying to kill time and hope for three shidos to happen rather than try to score a point. Maruyama stayed calm, cool and collected and waited for the right moment to strike. That strategy paid off.

That calm and almost casual approach didn’t serve him well in the special play-off on Sunday though, mainly because Abe was no longer fighting defensively but instead, had decided to be the aggressor all the way.

Abe’s frequent seoi-nage attacks managed to dislodge Maruyama quite a few times although none came close to actually scoring. Maruyama meanwhile was not able to do his uchimata although he did manage to sneak in a yoko-tomoe-nage that had Abe airborne. In the end, it was Abe’s ouchi-gari, rather than seoi-nage, that settled the match.

Immediately after the match, there was intense online debate about whether Abe had sufficient control over Maruyama for the throw to merit a score. Many pointed to the fact that Abe seemed to have lost his grip on Maruyama in the final moments of the throw. That shouldn’t matter though. The IJF had established in 2015 that it’s possible for tori to score even if he does not have a grip in the final stages of a throw, as long as tori had clearly initiated the attack and was in control. This was the case with Abe's ouchi-gari.

It should also be pointed out that for good measure, the referee did ask the video judges to review the throw, for which she had called waza-ari. After watching the playback in slow motion, and from multiple angles, the judges affirmed the waza-ari score, and with that, Abe became Japan’s -66kg representative to the Tokyo Olympics. It was a well-deserved win. 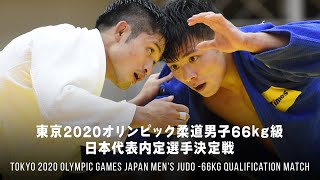 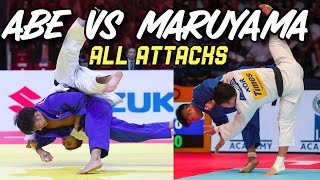 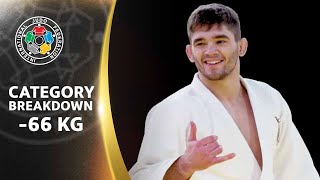