Olympic silver medallist Odette Giuffrida of Italy and Olympic champion Majlinda Kelmendi of Kosovo know each other better than any other two judoka in the sport. The Italian and Kosovo stars have squared off against each other in an Olympic final and Grand Prix and Grand Slam gold medal contests as they have racked up 10 meetings between 2013 and 2019.

Kelmendi and Giuffrida shared famous moments as they embraced on and off the tatami after their Rio 2016 Olympic final with the pair of them being overcome with emotion and genuine respect for each other.

Since then their rivalry has been renewed on the IJF World Judo Tour and they’ve had some tough battles in Budapest, Düsseldorf and most famously in Abu Dhabi.

Their competitiveness has led to a couple of combative contests between the two in the U.A.E with neither judoka backing down and both keen to get one over one another.

Kelmendi leads their head-to-head series 7-3 with their five post-Rio meetings going narrowly in her favour at 3-2.

The top picture made by David Finch is one of the most precious judo pictures of the last decade. 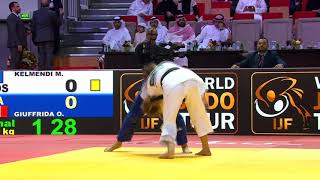 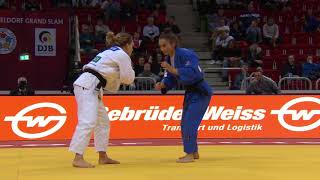 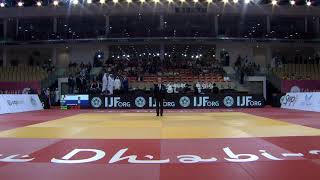