While Maruyama led their head-to-head series on the international stage 2:1 it was the seven-time Grand Slam winner who had the better of the final and caught the Tenri man for a waza-ari score to send the crowd wild and to make sure that the race for Tokyo continues into 2020 for the Japanese in the -66kg category.

In the first semi-final Maruyama defeated Nishiyama Yuki (JPN) by a single waza-ari score to edge closer to sealing a place at the Tokyo 2020 Olympics.

In the second semi-final Abe emphatically beat Tashkent Grand Prix silver medallist Aida Yuji (JPN) by ippon having led by a waza-ari score to power into the final and setup an anticipated showdown with Maruyama.

The first bronze medal was won by AIDA who saw off Tbilisi Grand Prix bronze medallist Daniel Perez Roman (ESP) by a waza-ari score. The 20-year-old newcomer won Grand Slam hardware at his first attempt and could be a factor for the hosts following the Tokyo 2020 Olympics.

The second bronze medal went to Nishiyama who floored world number 104 David Garcia Torne (ESP) for ippon. The win, after 75 seconds, meant that it would be a clean sweep for Japan in the -66kg category as the hosts had to prepare to raise four Japanese flags to the rafters for the awarding ceremony. 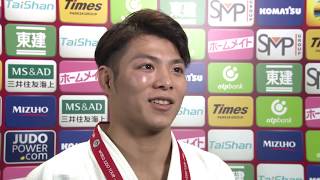 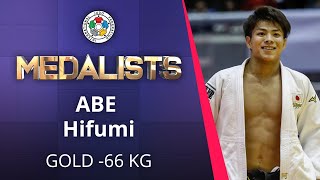 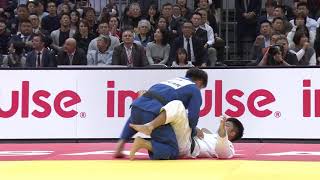