The Russians have sent a remarkable team to the European Games. Of course, they have a wealth of choice and the focus is in Tokyo. Still in the category we will miss last year’s champion Mikhail Igolnikov. Former World Champion Nemanja Majdov will fight in Minsk after doing a few exams last week.

Majdov won the Grand Slam in Baku and defeated World champion Nikoloz Sherazadishvili with a smart take-over in one of the most juicy matches this year. He is not afraid of anyone and only his own mindset maybe the only opponent.

Sherazadishvili will be one the aces for Spain’s medal hope at the Minsk 2019 European Games. Sherazadishvili, born in Georgia but granted Spanish citizenship in 2014, earned his world title in the men's U90kg category last year in Baku as first male Spaniard ever in the history.

Sherazadishvili is also a European bronze medallist and will aim to upgrade to gold here, with the competition doubling as this year's European Championships. The 23-year-old had finished off the medal podium in the 2015 European Games in Baku.

"The European Games are like an Olympic Games," Sherazadishvili said. "Living in the Athletes Village and competing with the best European athletes is a good starter ahead of Tokyo 2020. "I already took part in the first European Games in Baku and now I am aiming even higher." Said the World Champion against Inside the Games. Without two top men he is our favourite but it doesn’t mean the competition is weak. Let’s mention a few other hot shots.

Krisztian Toth is always among the medal candidates. The Hungarian father won bronze in Paris and Baku this year but doesn’t seemed to get grip on a big prize with a golden colour. Naming Toth we should immediately name Beka Gviniashvili of Georgia. A giant, an idol, but also vulnerable in his drive to win each match. Noël van ‘t End is on his way back and won the Grand Slam in Ekaterinburg and defeated Gviniashvili six times. Van ‘t End’s compatriot Jesper Smink is back from an injury he sustained

Axel Clerget is a top technician and despite his 32 the Frenchman is able to snatch medals wherever he wants. Aleksandar Kukolj was European Champion in 2017 but forgot to win a medal in 2019. He probably is the most technical groundworker in the field, a clash with Kukolj would be great for the judo fan. With Majdov also Kukolj is the man for Serbia and he should use these Games to get back in the line for that desired spot in Tokyo next year. Kukolj won against Sherazadishvili in the Hague, so no doubts, he still has it. He is a total other player then Majdov. A man with a fightplan playing the imaginary battle in his mind in advance. Majdov is the more impulsive fighter, strong mindset and getting smarter in his fights.

Another technician and coming man is Eduard Trippel, the German took silver in Marrakech but is close to the absolute top and still developing.

A bit of a dark horse is Giorgi Papunashvili who was under the radar as eyecatchers like Tchrikishvili, Margiani and Gviniashvili paved the way, but Papunashvili is by far the most successful in this year.

Mehdiyev not an underdog anymore

Sherazadishvili lost twice to Mammadali Mehdiyev of Azerbaijan and he slowly made a jump to the top this year with gold at the Grand Slam in Düsseldorf and two medals in Tel Aviv and Baku. Mehdiyev might be the biggest danger for the Spaniard. Mehdiyev also beat Kukolj, normally a level too high, but Mehdiyev is not a surprise anymore with victories against Toth, Smink, Trippel, Clerget not even mention the non-Europeans. Is the winner of this weight division just as unpredictable as Mehdiyev? 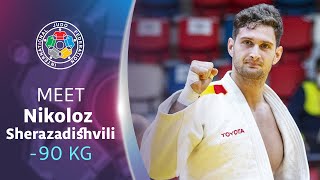 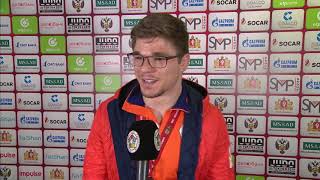 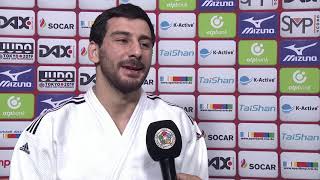